PITTSBURGH (KDKA) — After surveying the storm damage, the National Weather Service confirms that a tornado touched down Wednesday afternoon in Donora.

The National Weather Service confirms the tornado, with wind speeds of 80 to 85 miles per hour, touched down just after 2:40 p.m. They have categorized it as an EF0 tornado.

The storm knocked down trees, power lines, and even blew the roof off of a local business.

A massive tree was uprooted in the front yard of a home in the 200-block of Castner Avenue. Nearby, a swimming pool was also damaged, and not far from there bricks crumbled down the side of a garage.

“It’s unbelievable. The brick has been up here for about 50 years,” said Chris Jakela, his grandmother’s property was damaged in the storm.

Jakela was cutting grass down the street when the storm hit.

“I didn’t know what the heck happened,” said Jakela. “I saw the tree on the side here and the brick wall fell through, and then I saw that big tree with the roots come out from the ground and everything. It was a wild sight.”

Charlotte Durka couldn’t believe her eyes when she came home to find three trees uprooted in her backyard.

She’s lived there for 38 years.

“This tree has been here since we were here,” said Durka. “This other tree we planted, it’s gone, and this tree is half the size of what it once was.”

Down the street, the roof of Chubs Pub BBQ was ripped off. Pieces of the roof were found scattered on the sidewalk and cracked the windshield of a car.

Surveillance video from across the street shows how strong the winds were.

“There was debris everywhere, three blocks down,” said Stephen Walko, the owner of the pub. “The roof is completely bare; the apartment upstairs had water leaking through it. I had to get the roof tarped immediately to prevent any damage.”

Fortunately, all the folks who sustained storm damage have insurance, so costs will be covered.

As for Chubs Pu, the owner plans on re-opening for business on Thursday.

There was storm damage elsewhere in Washington County as well.

A small creek overflowed its banks and flooded the area near Canonsburg Town Park.

The heavy rain also flooded the intersection of Donaldson’s Crossroads on Route 19 in McMurray. 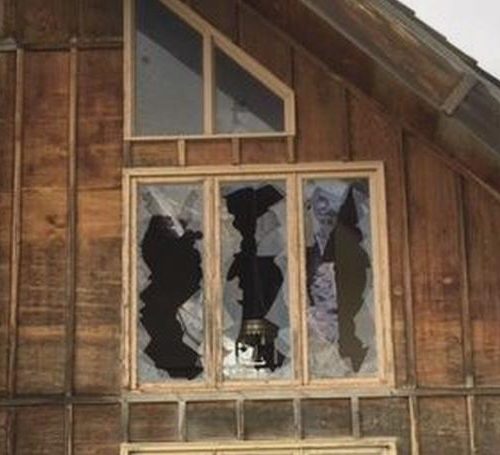 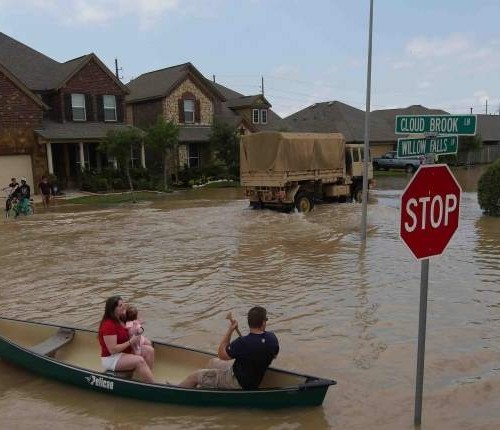 Five people killed in Texas as flooding and tornadoes batter... 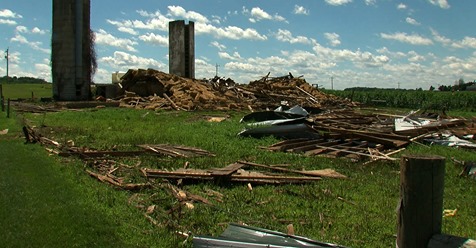