Updated at 6:50 p.m.: Revised to reflect confirmation of an eighth and ninth tornado.

The list of confirmed tornadoes that walloped North Texas on Sunday grew by six Tuesday, bringing the total to nine, while power was restored to thousands of businesses and homeowners dealt a glancing blow by the storms.

No one was killed or badly hurt by the storms. But the devastation was widespread, and close calls were abundant.

It’s the what-ifs that terrify new mother Rebecca Cruz, who rode out Sunday night’s storm with her family at her northwest Dallas townhouse.

“You could hear the wind coming through the bathroom door,” the 20-year-old said, recounting the scramble to take cover with her mother and 8-month-old son, Jude.

The storm seemed to pass in about 10 minutes, Cruz said. Afterward, she found the first floor of her home mostly intact.

Upstairs, the roof was gone. It had caved in on her son’s crib.

Dallas Mayor Eric Johnson said in a Twitter thread Tuesday morning that Dallas Fire-Rescue hoped to finish its assessment of structures by the end of the day. The department had counted 104 buildings destroyed, 286 with major damage and 344 with minor damage.

“We still have no known casualties, which is remarkable considering the strength of the tornado and the extent of the damage it caused,” Johnson said in a tweet.

Power has been restored to about 130,000 customers after outages peaked at over 150,000, Oncor said in a news release Tuesday. About 20,000 people still lacked power in Dallas and surrounding cities, the company said.

Oncor expected to have power restored by late Wednesday to homes and businesses that didn’t suffer significant damage. Some power structures were destroyed and would have to be rebuilt, a spokeswoman for the utility said Tuesday.

Some of the worst damage Sunday night came from an EF-3 tornado that tore a 15-mile path from northwest Dallas into Richardson with wind speeds of up to 140 mph. The National Weather Service recorded two less-powerful twisters in Rowlett and Wills Point.

On Tuesday morning, the weather service said a fourth tornado in Rockwall had gusted up to 90 mph. Video from that twister showed a light pole bending and shaking as wind threw large branches through the air.

The weather service confirmed later Tuesday that two brief tornadoes hit Ellis County on Sunday. One near Midlothian had 100-mph winds. The other, in Ferris, produced winds of 85 mph.

The weather service also confirmed that an EF-2 tornado hit Garland, with estimated wind speeds of up to 135 mph. Two more brief tornadoes were confirmed in Kaufman County, bringing the total to nine in North Texas.

The National Weather Service also released new details Tuesday on the paths of the tornadoes. The strongest and most destructive was the EF-3 twister that sliced through northwest Dallas and Richardson.

Working with fire departments to gain access, survey teams assessed the hardest hit areas to determine the tornado’s strength and estimate its path. They also looked at radar images as well as pictures of damage sent to the weather service.

“With such a large coverage area, it’s going to be hard to see every bit of damage,” said Sarah Barnes, a National Weather Service meteorologist.

The damage helped storm survey crews identify a starting point near State Highway 348 and Luna Road. The storm damaged several commercial buildings, businesses and homes along Walnut Hill Lane between Interstate 35E and Harry Hines Boulevard before tracking east-northeast toward the intersection of Preston Road and Royal Lane, where it walloped a shopping center.

West of Central Expressway along Northaven Road, survey teams found a single-family home where the roof was gone and several exterior walls had collapsed. That damage helped the survey team determine that tornado’s EF rating and wind speeds.

The tornado’s intensity rose and fell at times. Heading northeast, the twister crossed Central near Forest Lane, where it totaled a Home Depot store. From there, it buffeted Texas Instruments’ south campus and crossed LBJ Freeway toward neighborhoods near Richland College.

Still moving to the northeast, the tornado began to weaken, with wind speeds dropping to 80-95 mph. It ended just east of Jupiter and Arapaho roads in Richardson.

Life after the storm

Cruz and her boyfriend, who wasn’t home when the storm hit, are staying at his parents’ home with Jude. Friends and family have brought them diapers, toothbrushes and deodorant, and Cruz said people have amazed her with donations to a GoFundMe she started.

Cruz said her son seems to know the family is displaced. He’s not sleeping well and has been fussy at night.

But he’s still a happy baby, Cruz said. She was able to save Jude’s baby jumper from the wreckage. Seeing him bounce in it — laughing and smiling — has brought a little slice of normalcy to their lives, she said.

“He makes my day,” Cruz said. “It made me happy knowing we were able to save something that he really likes.”

Outside Greater Cornerstone Baptist Church in the Stults Road neighborhood, the Salvation Army set up a disaster kitchen, handing out meals and delivering food to the surrounding area.

“We suffered a lot of loss. … So we’re going to need to help ourselves, and help everyone else, too,” said David Wilson, pastor of the church, which lost its roof in the storm. “That’s ministry. Ministry meets the needs of the people, and we’re all in need right about now.”

Volunteers handed out 216 egg sandwiches Tuesday morning and 100 Frito pies in the afternoon. Leota Ritchie and her daughter helped deliver some of the meals to Forest Green Manor, an assisted-living facility.

“They were very grateful,” she said. “They had no power, and it’s four stories. They needed assistance really, really badly.”

Ritchie said the victims she spoke with were still in shock and needed a hug or someone to pray with.

“This one lady, I thought she was going to break my neck while I was hugging her,” she said. “But sometimes that personal touch really helps them.”

Dallas County Judge Clay Jenkins declared a local disaster in order to get speedy help with cleanup and repairs. Texas Gov. Greg Abbott also declared a state of disaster across 15 counties in North Texas, including Dallas, Collin and Tarrant.

The U.S. Postal Service said that its letter carriers would deliver mail wherever it’s safe to do so. Neighborhoods, streets, homes and businesses in areas with significant damage may not be accessible, it said.

If a mailbox is damaged or if a carrier can’t get to a particular home or business, mail and packages will be held at the post office. People can pick up their mail by visiting a post office that serves their ZIP code and showing a form of ID, like a driver’s license or passport.

The only postal facility affected by the storm is the Preston Royal Finance Unit at 5959 Royal Lane, Suite 539, in Dallas. Anyone with a P.O. Box there may pick up their mail and packages at the Robert E. Price Post Office at 8135 Forest Lane.

How to help and get help

People who want to donate to the Dallas’ emergency assistance fund may do so here.

A fund was also established to help Dallas ISD with tornado relief. Three campuses — Thomas Jefferson High School, Cary Middle School and Walnut Hill Elementary — sustained serious damage in the storms. The middle school and elementary are damaged beyond repair, while it was still unclear Tuesday whether the high school is a total loss. Anyone who wants to donate may do so here.

Anyone who needs a place to sleep or charge devices can go to the Bachman Recreation Center in northwest Dallas. The mayor said four people stayed the night there Tuesday and that the center will remain open for now.

The North Texas Food Bank and the Salvation Army are offering assistance to people in need. 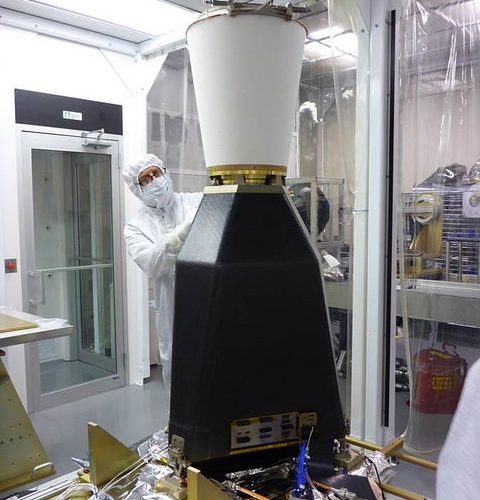 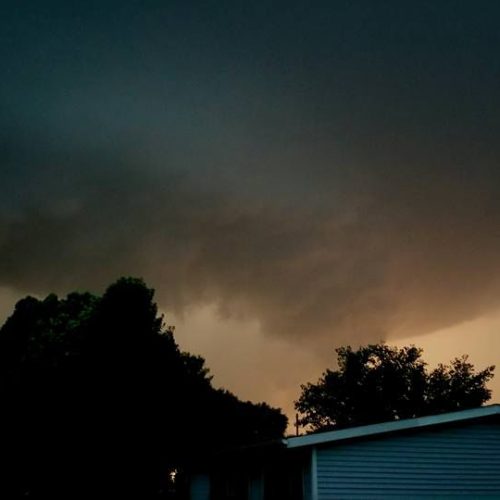