A lighting strike disabled the National Weather Service’s radar in Slidell at 4:53 p.m., forecasters said. The service’s Lake Charles office is backing up the Slidell office, which is also relying on radars at the Louis Armstrong New Orleans International Airport and in Mobile, Ala.

“Initial indications are the radar will be down for a couple of days,” the weather service said in a statement. 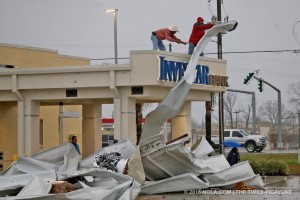 Debris is thrown off the roof of a neighbouring bank after a tornado ripped the wall off the Gold’s Gym on Highway 61 in Prairieville on Tuesday, February 23, 2016. (Photo by Michael DeMocker, NOLA.com | The Times-Picayune)
Multiple tornadoes touched down in southeastern Louisiana on Tuesday, with damage reported in St. James Parish and St. John the Baptist Parish.

A crisis situation was unfolding at the Sugar Hill RV Park in Convent, where FOX 8 staff reported seeing 20 to 30 overturned RVs and ambulances transporting injured people. 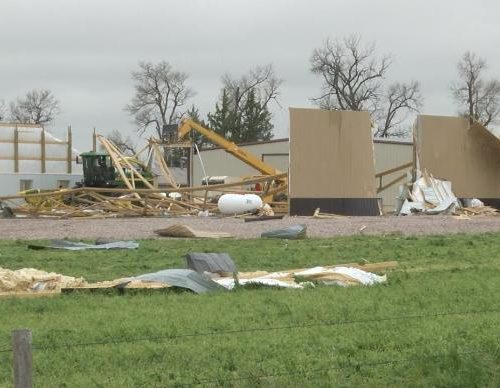 The aftermath of the apparent tornado in Broadwater 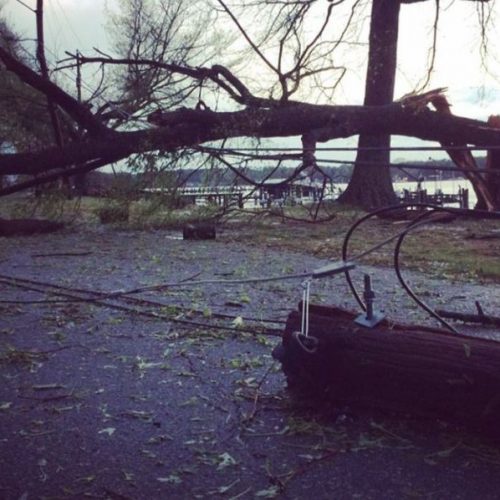 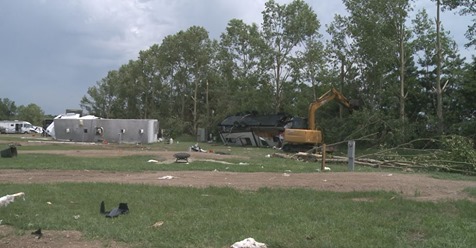