HILLSBORO, Ore. — National Weather Service survey teams in Portland will try to determine if the region was struck by possibly two tornadoes Sunday evening as thunderstorms moved through the area.

A first Tornado Warning went out just before 7 p.m. near the Burlington, Oregon area. Another warning went out at 8:15 in Washington’s Clark County near Orchards after viewers captured video of a funnel cloud.

NWS officials confirmed that there were rotating funnels, however, they can’t confirm whether a tornado touched down until they can “get boots on the ground” at daybreak Monday.

But the evidence is compelling. Drone video from Jim Kessinger, the owner of Plumper Pumpkin Path and Tree Farm near Hillsboro, shows rows of Christmas trees knocked over by the strong wind. The video also shows his smashed solar array.

Kessinger said he was sitting at his dining room table when the storm rolled in.

“I noticed these dark clouds behind the barn and I start to see the clouds starting to lift up, and I go, ‘Well, that’s interesting.’ And I keep watching, and they keep lifting up, and they keep getting closer. And I go, ‘Whoa, that looks like a tornado,’” he described.

Kessinger said he’s originally from Kansas, so he’s familiar with what conditions look like to produce a tornado.

The National Weather Service also issued a Flood Advisory for the I-5 corridor through Clark County. Washington Department of Transportation officials said there was also some water flooding I-205 southbound near Salmon Creek, they asked people to use caution while driving through the area. 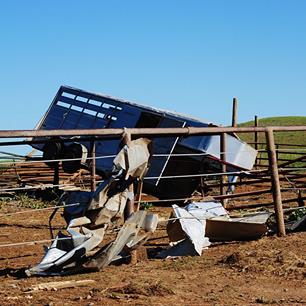 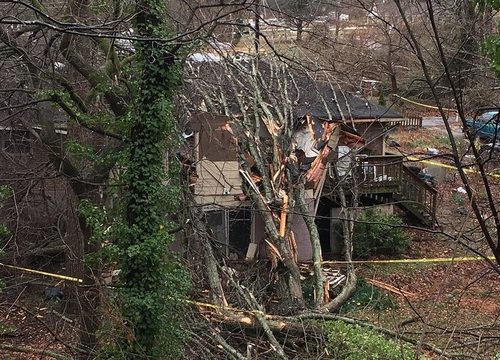