The National Weather Service confirmed Wednesday that a tornado hit the Doylestown area as Tropical Storm Isaias blew through the county. Thousands throughout Bucks County remained without power, and restoration could take days.

He said Wednesday morning that the weather service had not yet determined the path, the level of damage, or the rating of the tornado. That could take a few days, according to Staarmann.

Doylestown Hospital’s campus had significant damage after winds tore part of the roof off Children’s Village, a day care center on the hospital’s campus. Bucks County officials estimated about 135 children were inside the building at the time, however there were no significant injuries.

Ron Watson, a hospital spokesman, said Wednesday the hospital was open and fully function. The Pavilion, which was closed Wednesday, is expected to reopen Thursday.

Watson said the outpatient infusion program moved temporarily to a large conference room in the hospital.

The day care had the most extensive damage, according to Watson. He said the hospital is looking into alternatives to reopen the day care off-campus.

Numerous trees and light posts were knocked down and about six cars were moved by winds about 11:15 a.m. Tuesday.

At nearby Central Bucks High School West, the visitor side bleachers, which typically hold hundreds for various events, were largely knocked over by the storm. The remnants laid on the track that circles the field.

Only a portion of the visitor bleachers remained upright. Other damage to the stadium area included bent railings, soccer nets that were knocked over and trees that had fallen.

Central Bucks spokeswoman Angela Linch said in email that the stadium was closed to the public in order for staff to assess and repair the damage. Programs that were scheduled to take place in the area were relocated.

Staff was prioritizing repairs to the stadium fencing, as well as removing the damaged bleachers and other debris. How long the repairs would take was not yet known.

“We continue to be grateful that no one on campus was hurt when the tornado passed through,” Linch said.

Nearby, trees had fallen into a condo at Chestnut Grove on Aspen Way.

On Wednesday afternoon, several workers were removing the debris from the complex and the area in front of it

Crane Johnson, who lives in a home near there, said they had been there since the morning. They had cleared a good portion of the debris by the afternoon, he said.

Johnson said when the tornado hit the area, it sounded like a train running through the area. He said he didn’t think there would be a tornado, even though there was a tornado watch.

“There have been a lot of those in the past and they haven’t happened,” he said.

Outside a home on Jefferson Avenue, resident Rick Brown was clearing the downed tree branches that fell from Tuesday’s storm.

Brown, who has lived in the area for more than 20 years, said he used to live in central Illinois, where tornadoes touching down was more common. Still, he said, a tornado never hit the town he lived in.

“This was unusual,” he said of Tuesday’s tornado.

Brown was on his way to the post office when it struck. He decided to stay in when he saw how bad it was outside. The whole incident, he said, took place over just a few minutes.

Brown said when Hurricane Sandy struck the area in 2012, it was more rainy than anything else. After the tornado hit, Brown said he received calls from friends and family from far away checking in on him.

“I was surprised at the magnitude of it,” he said.

Large tree branches were laid out in front of Martha Groman’s home on Court Street Wednesday afternoon. Groman, who has lived there for about 60 years, said the storm was “unbelievable.”

“I’ve never heard of anything like that,” she said.

Like Brown, she said the incident only lasted a few minutes. She waited inside during the tornado. None of the trees struck her home during the storm.

Both Groman and Johnson said they were still without power by Wednesday afternoon. They had spent the past day without power.

A PECO spokeswoman said it could be several days until power is restored to all impacted customers.

Isaias caused six tornadoes in the region Tuesday, the weather service said, including the one in Doylestown and another in Worcester Township, Montgomery County.

There were also 25 boat rescues Tuesday, according to the county. Many of them were for drivers who left their cars in flooded roads.

In Perkasie, flooding caused about 100 residents at Covered Bridge Apartments to evacuate. 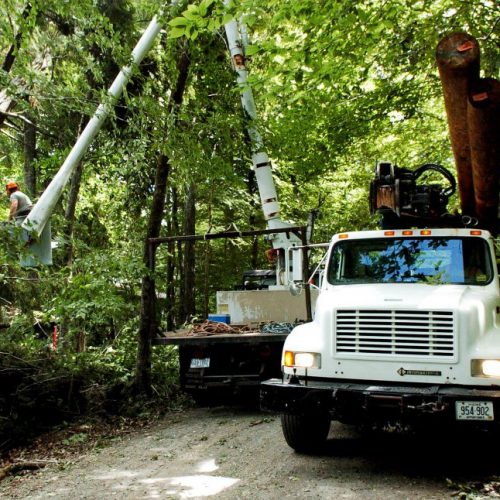 Possible St. Albans tornado in Monday storm to be investigat... 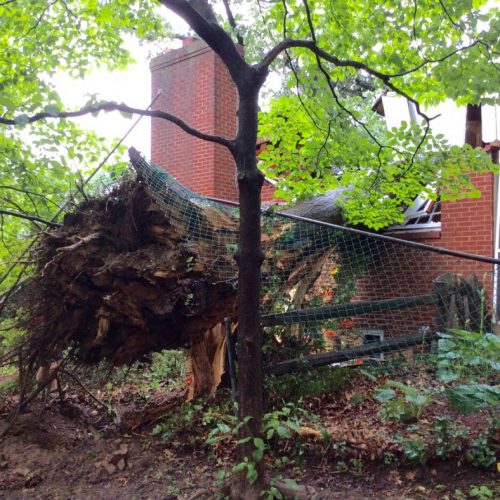 Tornado touches down in the Northwood Park area of Silver Sp... 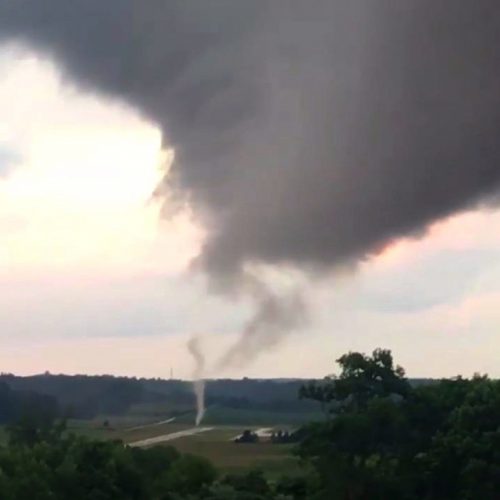