Howling winds, furiously whirling dark clouds and scraps of sheet metal careening through the skies like confetti were what residents of Apodaca, Nuevo León, faced on Friday afternoon when a tornado touched down, causing extensive damage that was documented in videos shared to social media.

Two people lost their lives and at least five were injured.

The tornado was formed as Cold Front No. 60 advanced on the state, causing a drastic change in temperature that quickly dropped from 37 to 21 C, Miguel Ángel Gallegos of the National Meteorological Service explained.

The storm began around 5 p.m., moving across the state and dumping up to 60 millimeters of rain. As conditions worsened, the Monterrey-Saltillo highway was shut down in both directions due to a landslide.

By 7 p.m. Civil Protection had received 205 calls for help or reports of damage, which included fallen trees and lamp posts and downed power lines.

The agency confirmed that the tornado was classified as EF-2, with winds between 180 and 220 kilometers per hour, which caused damage in at least four municipalities, including Monterrey.

Twelve tractor-trailers were overturned and more than 100 cars were damaged by marble-sized hail. The storm also brought heavy rain forcing some roads to be closed due to flooding.

Rocío Dovanet Morales, a 32-year-old security guard, was working at the Whirlpool warehouse inside Apodaca’s Prologis Industrial Park when the tornado lifted her into the air and slammed her against a billboard, killing her when she fell back to the ground.

A 40-year-old man whose name has not been released lost his life when a tree fell on him in Atongo de Abajo, a small town located 60 kilometers southeast of Monterrey. 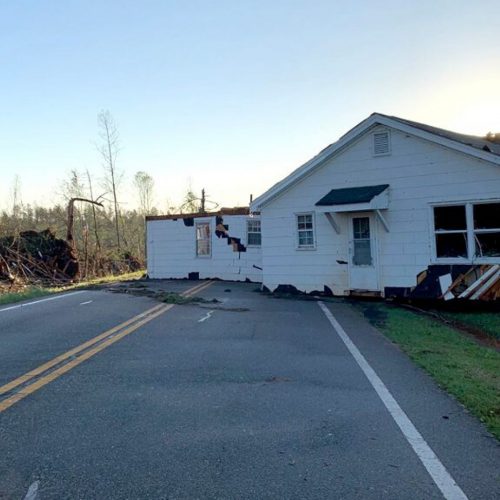 Tornado in Georgia lifts house, drops it on middle of road a...

Tornado that hit Williamson, Saline counties Tuesday was an ... 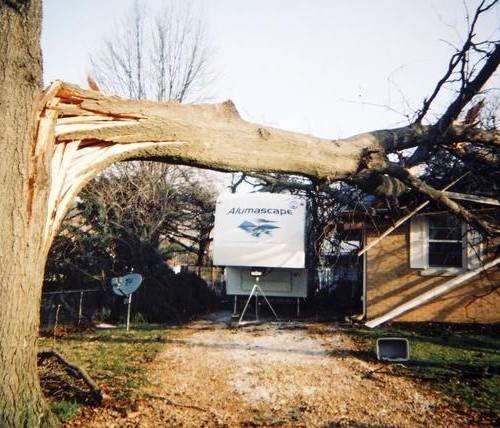