Oklahoma is often referred to as “Tornado Alley,” and 2019 was an example of why the state got its nickname.

However, the other 11 months combined for just 42 tornadoes, a slightly lower total compared to previous years.

“It was a very active year for severe weather throughout the year,” Gary McManus, Oklahoma state climatologist said. “It was a slow start for the first three months but May had a record number of tornadoes. That’s what boosted the large number of tornadoes for the year.”

Fortunately for Oklahomans, none of the tornadoes registered higher than an F3 on the tornado intensity scale. Tornadoes are rated on the Fujita Tornado Damage Scale from a F0, with winds less than 73 miles per hour and light damage, to F5, winds 261 to 318 miles per hour with incredible damage, according to the National Oceanic and Atmospheric Administration.

Sixty of the 2019 tornadoes registered as F1 tornadoes, while just three were rated F3 tornadoes.

F3 tornadoes typically do severe damage, such as ripping roofs off, uprooting trees and lifting heavy cars off the ground, according to NOAA.

“A big difference for last year’s from other years was 2019 didn’t have a lot of large tornadoes,” McManus said. “Most of the tornadoes were weak. While they can still be damaging, they don’t typically have a lasting impact that the bigger tornadoes can have.”

Despite the record number of tornadoes, Cleveland County saw just four tornadoes touch down inside county limits. All four tornadoes occurred in May, with three of them touching down on May 21, and none of them registered higher than F1 on the tornado intensity scale. It was a quiet break for the county as a whole, as several tornadoes have caused significant damage in the last 20 years, including the Moore tornadoes in 1999, 2013 and 2015.

While tornadoes caused minimal damage in 2019, Norman Mayor Breea Clark urged residents to be prepared for the upcoming tornado season.

“We may not have had a lot or tornadoes, but we still had a lot of scary storms that rolled through Norman last year,” Clark said. “It’s called a ‘climate crisis’ not just because of the warmer temperatures but also because of the amount of crazy storms that can happen. It’s a good thing we have the weather center in Norman because that gives us an advantage that many other cities don’t have.”

Despite the record number of tornadoes in 2019, there’s not many ways to predict if Oklahoma residents can expect a similar tornado season this year, McManus said. McManus pointed to the 42 tornadoes in 2018, which is a below average total for an average year.

Randy Bowers, meteorologist for the National Weather Service, said each tornado season in Oklahoma is unique and can be difficult to predict.

“There’s not any strong signals to indicate that since we had such an active year in 2019 that we will have an equally or more active year in 2020,” Bowers said. “Since 2019 was the most active year, the probability would be that 2020 will be less active, but that could certainly change. Once you get out beyond a week or two, there’s nothing for us really to latch on to when it comes to predicting storms.”

However, 2020 is already shaping up to be a unique year for storms. Two tornadoes have touched down this year, which marks the first January tornadoes in Oklahoma since 2013. Only time will tell if 2020 marks another significant year of tornadoes for Oklahoma.

“I would ask all Norman residents to have a tornado shelter in their house identified and be prepared for all scenarios,” Clark said. “We just can’t get complacent. We’ve seen the damage that tornadoes can cause.” 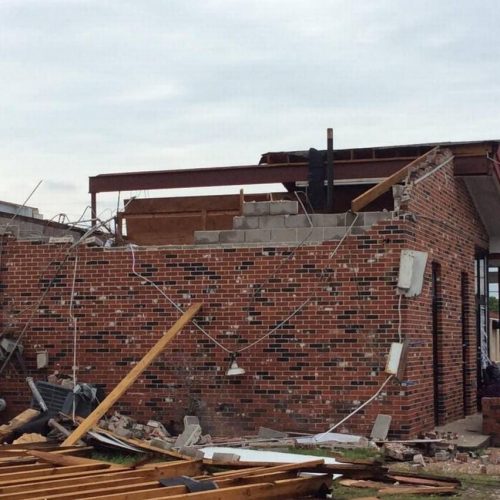 A small tornado touched down in Jackson County Friday night,... 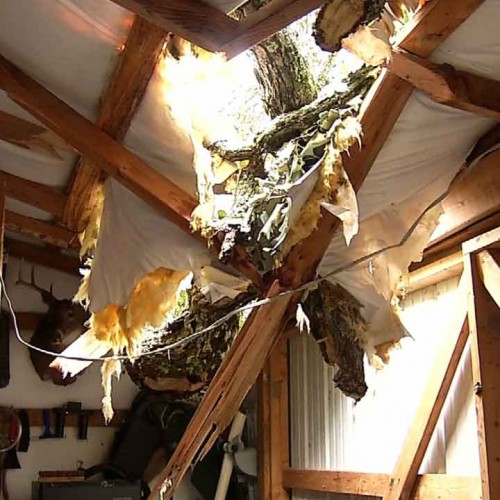 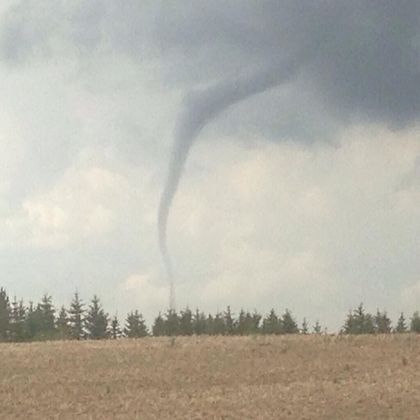