ROSS, Texas (KWTX) A form of a tornado known as a landspout was responsible for damage in a small McLennan County town as storms pushed through Tuesday, the National Weather Service said Wednesday.

The EF-0 rated landspout, with winds of 65 mph to 85 mph touched down at around 3:15 p.m. Wednesday about a mile west of Ross and then moved into Ross, damaging two metal roofs and flipping a boat.

A landspout is a form of tornado that isn’t produced by a super-cell or organized storm-scale rotation whose spinning motion originates near the ground.

Store manager Regina “Meme” Gamble said it happened so fast, she didn’t have time to hide.

“We just knew something was happening and it happened fast and it was over,” she said.

Along with two customers, Gamble and another employee were inside the store when the roof was ripped off of the carport outside.

“My car was parked up under where the roof blew off,” said Gamble.

“Everything else landed out in the street.”

Gamble said she saw the funnel cloud–which she originally thought was a geyser or broken fire hydrant–when taking bottles out to the trash.

“I felt a breeze and some wind blowing and looked and saw something out behind the fire department that looked like water to me, like gushing out of the ground, at first,” said Gamble. “It was coming this way, I thought it was going to come right to the patio so I took off running into the store, by that time it had turned and come up toward the other side of the store.”

None of the four people at the store was injured.

She says they were extremely fortunate it happened at a slow time on a slow day.

“If it had been a Thursday or a Friday or a Saturday or Sunday–cars are parked all the way around, so we were really thankful.”

Following a phone call from owner of the Ross store Tom Willis, Cen-Tex Roof Systems quickly responded to assess the damage and remove the fallen roof from the roadway.

“It lifted the whole thing,” said Larry Frosch, a sales representative with the roofing company. “It’s a total loss on the roof.”

Frosch gave a rough estimate the roof would cost $70,000 to repair.

While the damage was costly, it wasn’t bad enough to close the store; the store went through the initial repairs it needed to stay open. 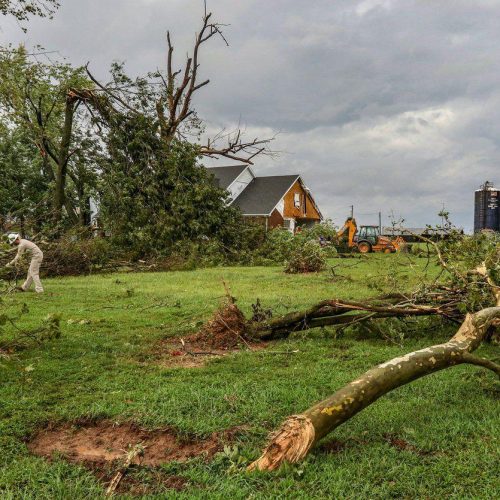 Tornado touches down in Stanley 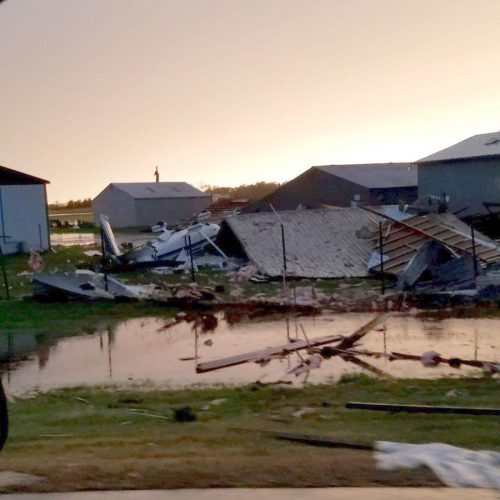 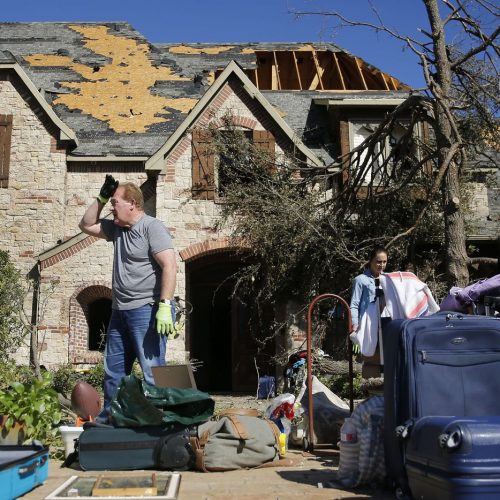