JONESBORO, Ark. (KAIT) – Twelve years ago on Feb. 4, as voters headed to the polls to cast their ballots in the 2008 primaries, 12 tornadoes tore across the state of Arkansas, killing 14 people.

The Super Tuesday outbreak laid waste to everything in its path.

One EF-4 tornado stayed on the ground for 122 miles. It began in Yell County and continued through Ash Flat and Mountain View before ending in Highland.

KAIT’s Chief Meteorologist Ryan Vaughan was on the air, tracking the storms live, for hours as they tore through Region 8.

The storm flattened a Mountain View car dealership and slammed into the local hospital, tearing up the roof and walls. The twister destroyed several businesses throughout the town.

In Highland, the storm destroyed the town’s fire department and leveled dozens of businesses along Highway 412.

Since then, Highland has installed a storm warning system with a siren located at its new fire station.

Thirteen people died in this single tornado, and about 140 were injured.

Hundreds of those who didn’t lose their lives, lost their homes and livelihoods.

As many as 87 tornadoes were reported with the outbreak as it made its way from Arkansas into Missouri, Illinois, Alabama, and Tennessee.

In its final assessment, the National Oceanic and Atmospheric Administration (NOAA) reported 57 people died in the outbreak.

Rare January Tornadoes Touch Down in Ohio and Pennsylvania 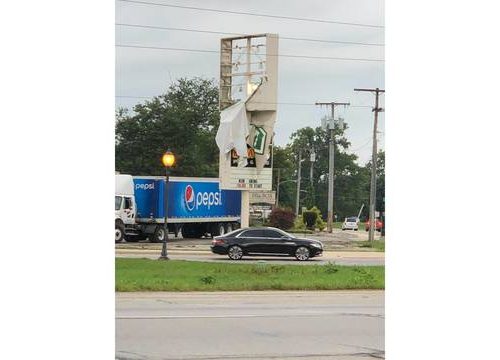 Tornado touched down in Warsaw 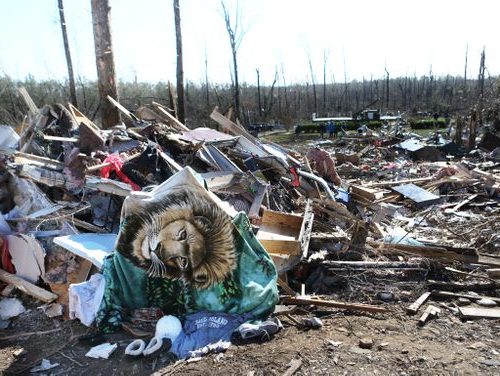 All missing people have been accounted for from deadly Alaba...