By Monday afternoon, the National Weather Service in Memphis said their preliminary report confirms that an EF1 tornado touched down in Southeast Memphis.

An EF1 is a ranking used to describe a tornado that has the ability to cause moderate damage to structures and trees.

No fatalities linked to Monday’s tornado have been reported.

In response to the damage that has displaced dozens of Southeast Memphis residents, the Red Cross of Tennessee has established an emergency shelter at the Marion Hale Community Center.

A Red Cross official said 30 people had signed into the shelter by Monday afternoon, and that it expects more after sunset.

Most of the damage occurred in the northern and southern parts of Shelby County, but power outages and tree damage also occurred within the I-240 loop, according to the National Weather Service in Memphis.

Investigators with the NWS planned to survey damage near the intersection of Perkins Road and American Way on Monday afternoon to determine whether a tornado touched down in the area.

By 8:45 a.m., tornado watches and warnings for the area lifted.

The Memphis International Airport also had several windows blown out in a terminal and some damage to lights around the parking lot and near the runway. Passengers at the airport scrambled for shelter.

Crews with Memphis Light, Gas and Water worked throughout the day to repair damage that left more than 30,000 customers affected.

Large trees and tree limbs were down in various parts of the county: on the FedEx campus near the west side of the airport on Airways Boulevard; on Germantown Road and Poplar Pike; and on Thousand Oaks Boulevard. Numerous trees were downed in Germantown, particularly on Corbin Road.

Numerous power lines went down around Mt. Moriah and Mendenhall, according to the NWS. Some power line poles were knocked down around the Gossett Kia auto dealership on Mt. Moriah, and some wind damage in the Frayser-Millington area.

Outside of Cottonwood Apartments, by South Perkins and Cottonwood, residents could not enter or exit the apartment complex by vehicle. The main entrance remained blocked by an apartment official only letting emergency vehicles pass through.

One resident, Lisa Ransom, was trying to get back into the complex to be with her mother, whom she shares an apartment with.

“She’s OK, but we’re going to have to move. Trees are down everywhere on top of cars, the roof is gone in some parts. I’ve never seen anything like this,” Ransom said.

The parking lots of surrounding businesses like Sonic and the Z Mart are filled with cars as Cottonwood residents trying to reach their homes.

In places where the fences are completely down, residents streamed in and out of the gaps while emergency vehicles make their way into the complex.

Mary Graham, a resident, said a tornado siren woke her up early. She left the complex after getting a call that her aunt had passed away, and returned back only to find that she could not access her home.

“The whole roof is off in parts of the complex, you can see straight into the apartments,” Graham said.

In house full of six children, Deloris Lewis told them to immediately hit the floor and take cover when they heard the roaring sound of wind early Monday morning. Lewis, who was inside of a room with her son at the time, took cover also. Moments later, their neighbor came outside to tell them a tree fell on their home.

Lewis said the tree knocked the electricity in their home, and some food has already begun to spoil.

Lewis daughter, Deloris Lewis II, said there was shooting the night before the storm. They heard the gunshots, but when the stormed happened in the early morning they didn’t initially know the tree fell on their home, she said.

A neighbor came to them and told them to leave their house, Lewis II said.

The majority of those seeking shelter provided by Red Cross are Cottonwood residents.

Air travelers were hurried into shelter

During the tornado warning, Memphis International Airport officials directed passengers in the A and C concourses to restrooms in the ticketing area for shelter.

One jet bridge on the A concourse was damaged, as were some windows on airport’s mezzanine level, according to airport spokesman Glen Thomas.

The scare caused some delays — air travelers were required to be re-screened once the all-clear was given — but no injuries were reported.

In Germantown, downed trees and power lines have caused traffic backups in several areas. Impacted areas include the intersections of Arthur and Riggs roads, Sunset Road and Poplar Pike and McVay Road and McVay Trail Drive. Germantown police are directing traffic in these areas but motorists are encouraged to use other routes.

The city has also said that the traffic light at Poplar Avenue and Poplar Estates Parkway is out and the intersection should be treated as a four-way stop.

Downed limbs and streets thick with layers of pine needles were present in several Germantown neighborhoods.

The storm that hit Memphis is the same weather system that resulted in a tornado touching down in Dallas overnight, leaving more than 100,000 without power. 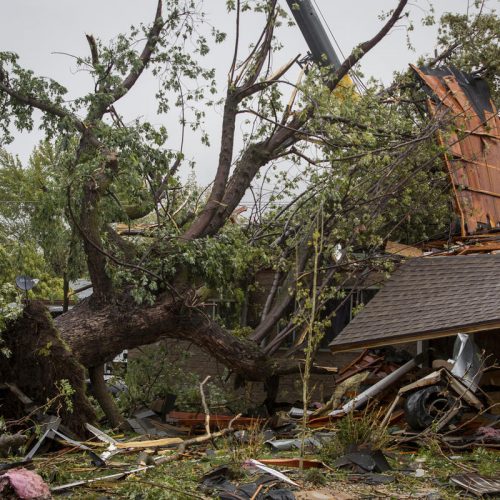 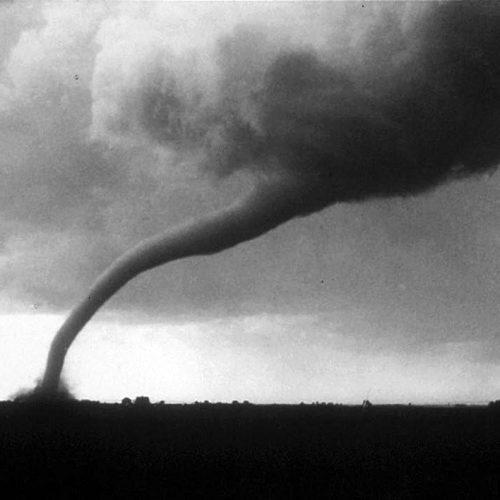