Several tornadoes and violent severe thunderstorms hit the Dallas metro area Sunday night, including at least one destructive tornado on the north side of the city that produced significant damage and knocked out power to tens of thousands of people. However, despite the extensive damage, there were no reported fatalities as of Monday morning and no one still missing.

“Considering the path that the storm took, it went across a pretty densely populated part of our city, we should consider ourselves pretty fortunate that we didn’t lose any lives, no fatalities, and no serious injuries,” said Dallas Mayor Eric Johnson. “Property damage, we’re not concerned about that. … We’ve dealt with [that] before. Our number one priority is that people are safe,” he said.

The tornado deemed “life-threatening” by the National Weather Service in Fort Worth touched down during “Sunday Night Football” and lifted debris more than 20,000 feet in the air. Cellphone videos of the storm captured the ghostly funnel eerily illuminated by flashes of lightning. It was given a preliminary rating of EF-3 by the National Weather Service, who found evidence of winds in the 140 mph range. They’re still working to sort out the exact details of path width and length.

Hardest hit were neighborhoods on the northern reaches of Dallas County as the destructive tornado passed just north of University Park and plowed through Preston Hollow. It then probably crossed Route 75 and Highway 635. Homes were left in ruins in Preston Hollow, an affluent Dallas neighborhood north of Southern Methodist University.

The area is home to former president George W. Bush and first lady Laura Bush, who were reportedly not harmed in the storm.

“They got lucky and are praying for the safety of their neighbors around DFW,” a Bush spokesman told KTVT.

The severe storms, featuring 70 mph straight-line winds, heavy rain, lightning and half-dollar-size hail, left at least 55,000 people without power Sunday night, according to the Dallas County Office of Emergency Management. The city also had 50 traffic signals that either had no power or had been knocked down.

The episode was part of a larger severe weather outbreak that prompted close to 200 reports of severe weather from Texas to the Illinois-Missouri border. Despite this, the only reported tornadoes occurred in the immediate Dallas-Fort Worth metroplex.

The city of Dallas said there were no reports of fatalities, and first responders worked overnight to check on residents in a door-to-door search, according to the Dallas Morning News.

Rocky Vaz, director of the Dallas Office of Emergency Management, told The Washington Post three people had been hospitalized for injuries related to the storm that are not life-threatening. Vaz added that six people also suffered noncritical injuries after an 18-wheeler overturned.

The National Weather Service has sent multiple teams of experts to survey storm damage and determine how many tornadoes touched down as well as their intensity.

The supercell thunderstorm that would eventually produce the significant tornado in northern Dallas formed along a line of storms that approached the city from the west.

The northern cell was still relatively disorganized at 8:40 p.m. as its updraft passed over Grapevine, while a pair of showers just to the south developed. These merged with the cell around 8:55 p.m. That may have helped consolidate the rotation and intensify the storm. By then, the nascent rotation passed directly over the Dallas-Fort Worth International Airport.

One radar scan later at 8:58 p.m., the rotation became significantly more intense south of Farmers Branch, about two miles east of Las Colinas near Interstate 35 East. A tornado warning was issued at 9 p.m.

Shortly after 9 p.m. Sunday, the Dallas Fire-Rescue Department confirmed a tornado had formed about two miles north of Dallas Love Field Airport and was moving east. The National Weather Service in Fort Worth labeled the tornado “a life-threatening situation,” indicating “complete destruction is possible.”

A radar scan of the storm showed a clear and ominous “debris ball” signature where the powerful funnel had tossed the remnants of homes and businesses aloft. At this point, debris reached more than two miles high.

The National Weather Service called it a “particularly dangerous situation,” which is a rare type of tornado warning that is reserved for the most serious cases.

At 9:07 p.m., debris reached a height of at least three miles near Preston Hollow, with indications of debris potentially higher than 20,000 feet. That suggests an extremely powerful, and probably violent, tornado. Oftentimes, the height to which debris is carried is proportional to a twister’s strength.

That major tornado continued just north of the center of University Park about a half mile south of the Interstate 635-U.S. Highway 75 interchange. It then crossed I-635 just south of Richardson, passing near North Lake Highlands around 9:20 p.m., close to Richland College. At 9:26 p.m., a “large tornado” was confirmed over Richardson.

The thunderstorm then produced a surge of downward-moving winds south of the vortex, weakening it some and causing a bit of a left turn northward. It is unclear when the initial strong tornado lifted.

At the same time, it appears a second tornado spun up nearby just a couple miles to the south.

Warnings for the storms remained in effect until 10 p.m.

Dallas had been placed under a “marginal” risk by the Storm Prediction Center three days in advance; by Sunday, it had been upgraded to a slight risk. While discussions Sunday afternoon did mention “strong tornado potential,” forecasters were uncertain whether storms would develop as supercells, which have long-lasting rotating updrafts, or squall lines, which do not contain as high of a tornado threat. There were also uncertainties about the amount of moisture that would be available for these storms.

A tornado watch was issued around sunset Sunday, mentioning that “a few intense tornadoes” were possible.

A Dallas emergency management official told reporters Monday that officials “had a lot of advanced notice of severe storms coming through our area. As soon as we got a tornado warning from the National Weather Service, we activated our outdoor warning sirens at 9 p.m.”

Severe storms also hit other parts of the country on Sunday into early Monday. Remarkably, two busy airports were affected by tornadoes within hours of each other, with an apparent tornado also damaging Memphis International Airport in Tennessee early Monday morning.

Historically, Dallas is no stranger to tornadoes. And while they are most likely in the late-spring months, the past several years have featured damaging Dallas-area tornadoes at all times of the year.

On April 3, 2012, a swarm of more than 20 tornadoes tore across the metroplex, damaging at least a thousand homes and tossing semi tractor-trailers into the air on live television.

An EF-4 tornado claimed 10 lives in Garland on Dec. 26, 2015, in the same community that narrowly escaped disaster Sunday night.

On March 28, 2000, an EF-3 tornado hit downtown Fort Worth, leaving two dead and causing more than $1 billion in damage.

As urban sprawl continues and population grows in metro areas such as Dallas, the risk for destructive tornadoes impacting heavily populated areas increases as well. Even with the lengthy tornado history in the metroplex, Sunday’s tornado may rank as one of the most significant twisters to track through Dallas County.

Timothy Bella contributed to this report.

by Matthew Cappucci and Andrew Freedman (2019, Oct 21) The Washington Post 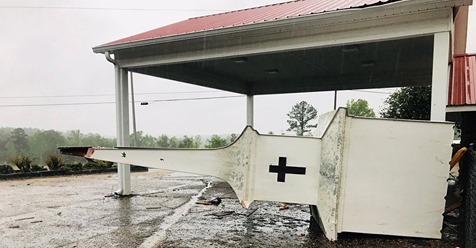 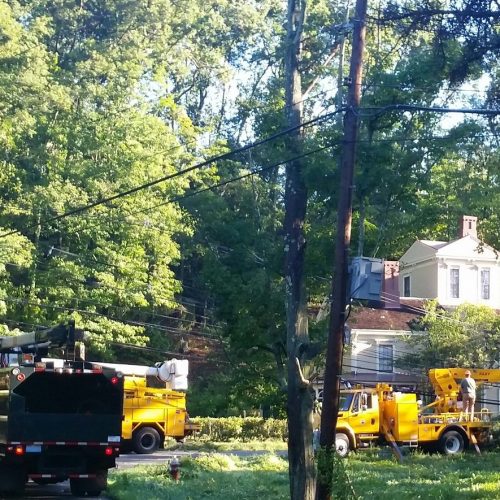 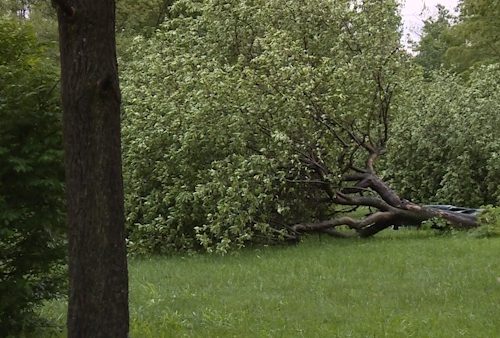