BEAUREGARD, Ala. — Third-grade teacher Kristin Cofield pulled out her phone to look over her notes about student Mykala Waldon. But nothing she had written about the vivacious 8-year-old seemed to do her justice.

Cofield’s eyes filled with tears before she could even say Mykala’s name.

Fellow teacher Dawn Weatherly reached for her hand as they remembered the girl with an expressive face and infectious energy, rarely seen without her signature purse full of lotions and lip balm.

They’d been teaching together at Beauregard Elementary School for a combined three decades, and Mykala was one of three students killed when a series of devastating tornadoes swept through the region over the weekend. The teachers wept for AJ Hernandez, a sweet-faced 6-year-old with a sunny disposition, and 10-year-old Taylor Thornton, an “angel child,” a former teacher recalled, who said everything “with a giggle and joy.”

Officials released the names of 23 victims in Lee County, Ala., on Tuesday, including seven members of a family connected by marriage, a couple in their 60s and their adult son, fathers and grandmothers, colleagues and customers, and childhood friends.

Each new name was its own heartbreak — but none more so than those of the children.

“Everyone here is family,” Cofield said.

Two roads on the east side of Beauregard, a community of 10,000 in central Lee County, sustained the most damage. Once a quiet neighborhood of mostly mobile homes nestled within the pines, the area was noisy Tuesday with the buzz of chain saws and the steady whine of construction vehicles digging through the rubble.

Piled along the side of Lee Road 38 lay a sweater still on its hanger, a muddy yellow stuffed dog, a toilet bowl, a potted plant, the silverware rack from a dishwasher, mountains of splintered siding and demolished furniture. Tufts of insulation hung like streamers from shorn trees.

Six twisters sliced across central Alabama on Sunday, spinning with enough force to send pine needles through wooden boards and entire houses off their foundations. Two of them — one an EF-2 and the other an EF-4 with winds meteorologists estimate reached about 170 mph — touched down in Lee County, leaving at least 90 people injured and 23 dead, more than double the death toll from all tornadoes nationwide last year.

Hours after officials released the names of the victims, President Trump said during a news conference that he plans to visit Alabama on Friday.

“Its been a tragic situation,” Trump said from the Roosevelt Room on Tuesday afternoon. “But a lot of good work is being done.”

Officials worked throughout the day Monday to identify the dead, determine cause of death and notify the victims’ families. As the death count climbed, Lee County Coroner Bill Harris said, he realized his “resources would be overwhelmed.”

Harris activated a statewide network of coroners who voluntarily came to Lee County to help expedite the process, and by 10 p.m. Monday night, all the victims’ bodies had been released to their families so they could begin funeral preparations.

“Just keep those families in your prayers,” Harris said. “I can’t thank this community enough for jumping in there.”

When the storm hit on Sunday, Eric Stenson, 38, had been visiting his parents, Henry and Florel Stenson, 65 and 63 respectively. All three were killed. “He was a good guy,” Dusty Bell, 38, said of Eric Stenson. The two were neighbors growing up and played baseball together.

As many as eight community members are still unaccounted for, officials said Tuesday. Search-and-rescue crews continued combing through debris, looking for signs of life from people and animals.

Hardly anyone was left untouched by the storm. Even if they survived or their home was left standing, they knew someone else who wasn’t as lucky.

“It’s just a weird feeling where you don’t have no control. Nothing,” said Bruce Britt, 52.

The tornado passed within a few miles of his home; he, his wife and daughter weathered the storm in their laundry room.

“And then you know that some people lost their lives,” he said, shaking his head. “It’s terrible, but you really can’t put into words how bad it really is.”

Pete Vann, 32, and his wife Michelle, 31, were driving home from visiting family Sunday when the first tornado hit. They didn’t see the twister, which neighbors described as a massive, towering storm, but they felt the wind rattle their Jeep and the sirens wail.

Pete, who had served several years on a search-and-rescue crew with the Coast Guard, immediately turned the car toward Road 38. His childhood home was there, though it was thankfully empty that afternoon.

But more importantly, there would be people who needed help.

With their 8-year-old son, Carter, still in the back seat, they drove over downed trees into the area that had been worst hit by the storm. They recognized the first people they saw: a friend of Carter’s named Jordan Hernandez, and his father, Steven. Both were bloodied and bruised, Michelle said, their lungs punctured, their ribs broken from flying debris.

The Vann’s took Jordan and his father to an ambulance. Later, they would learn that Jordan’s younger brother, AJ Hernandez, was among those killed.

It broke Michelle’s heart that evening to tell her son the 6-year-old had died.

Michelle didn’t let herself think too deeply about everything that happened that day: The man whose head had been split open when the wind sucked him out of his car. The way the rain intensified and the sirens started up again, just before a second tornado hit. How Carter had started crying, his breaths quick and panicky, and she had tried to comfort him, saying, “Shhh. Mommy and Daddy won’t let anything happen to you,” hoping that the words would be true.

The couple spent Monday volunteering with search-and-rescue crews. And by Tuesday, it became clear that many more of their friends and neighbors were among the dead: David Dean, 53, whose sense of humor and capacity for love could fill up a room. Twenty-two-year-old Felicia Woodall, whose dog they later spotted wandering the street alone. The family across the road.

A neighbor asked Michelle to check on her home, across the street from the house where Pete was raised. “I had to tell her it’s gone,” she said. “Everything is gone.”

by Sarah Kaplan and Katie Mettler (2019, Mar 5) The Washington Post 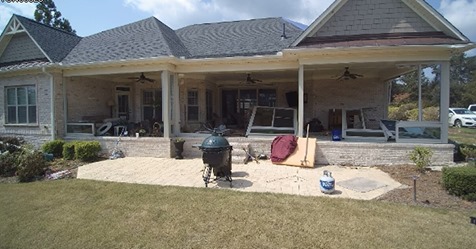 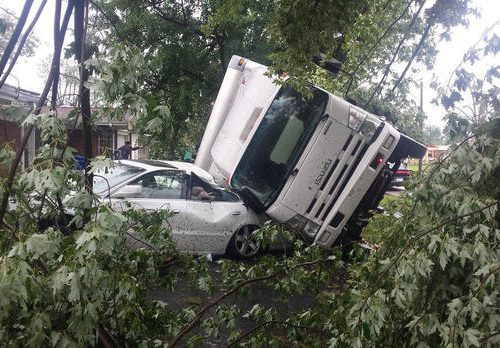 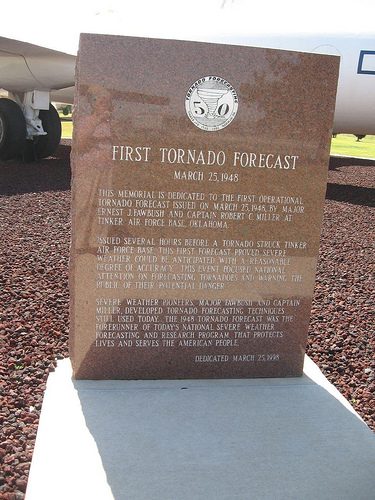