A tornado with winds as high as 115 mph was responsible for some of the damage Wednesday in the Johnston and Ward communities in South Carolina, the National Weather Service in Columbia determined Thursday.

Meteorologist John Quagliariello, who was part of the survey team, said their preliminary assessment found that most of the damage in Johnston started out from straight line winds “but as you get to the end of the town, and then all the way into Ward, it becomes tornado damage. Preliminary estimates are it is a weak EF-2 tornado along parts of the path, not all of the path.”

During an estimated nine minutes, the team found the tornado left a path 1,000 yards wide at its widest and 7.3 miles long, starting on the east side of Johnston near Winthrow Avenue and then northeast through Ward and finishing northwest of Ridge Spring, according to the NWS Public Information Statement. Most of the damage was from a weaker tornado strength-winds of an EF-0 or EF-1 but appeared to intensify to an EF-2 with a top wind speed of 115 mph near Ward, according to the report.

“Widespread large hardwoods were uprooted and snapped with some trees having the bark stripped off,” the report noted. One person was injured.

The team was assessing areas where there were reports of tornadoes and where it looked like a tornado might have formed based on what they were seeing on radar Wednesday, Quagliariello said.

The Enhanced Fujita Scale defines an EF-2 as a tornado with winds between 111 mph and 135 mph. The tornado that struck Monday in Aiken Estates was estimated to be an EF-0 with maximum winds of 80 mph.

Part of what lead the team to the higher wind speeds was the damage to a concrete silo, “the top was pretty much torn off of it,” and “the damage we saw to many of the trees in terms of being snapped and twisted lead us to that rating,” Quagliariello said. 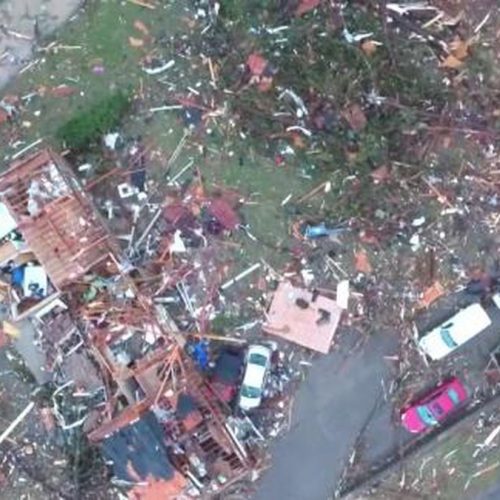 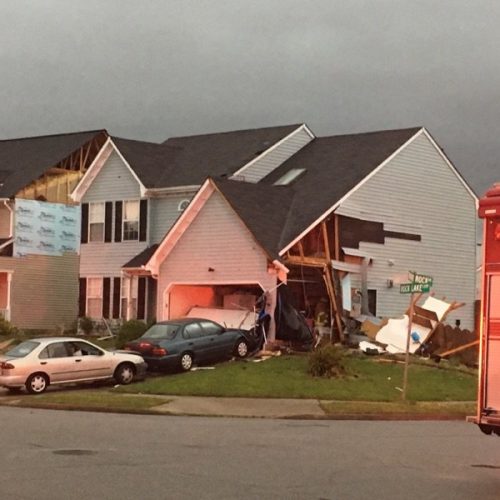