CLEVELAND, Ohio – The United States has more tornadoes than anywhere else in the world, at more than 1,000 a year. Ohio is pretty average, at 19 a year.

Why? How do tornadoes form, where and when? To better understand, let’s explore the basics of tornadoes. (You know you want to find out the meaning of the word tornado genesis.) Let’s start with some basics on tornadoes.

What is a tornado?

A tornado is a narrow, violently rotating column of air that extends from the base of a thunderstorm to the ground. The widest tornado is history reached across 2.5 miles, and the record for the longest distance covered by a tornado is 219 miles!

The most destructive tornadoes, an EF5 on a scale discussed below, are strong enough to level well-built homes off their foundation, change cars into flying missiles, and rip out wide-trunk trees.

How do they form?

No one knows exactly what causes the initial rotation; scientists are still studying it. But we know rotation is related to a variable called wind shear, how wind speed and direction change with height.

In the final stage, the funnel begins to circulate, as the cloud stretches all the way from the cloud to the ground.
Wonder what the difference between a tornado and waterspout is? Cleveland.com meteorologist Kelly Reardon explains.
United States Tornado tracks Map of all tornado tracks in the United States from 1940 through 2015.

Did you know that tornadoes have been reported in every state in the United States?

But tornadoes are most common in the mid-latitudes, which is the latitude band between 30 degrees and 50 degrees north. This location harvests the perfect environment for tornado formation (called tornado-genesis) because it’s where polar air from the north meets subtropical air from the south. Whenever these two masses meet, they generate strong storms. Additionally, this area has the strongest wind shear in the country.

The two tornado hot spots in United States are the collection of states known as Tornado Alley, and Florida. Tornado alley makes up the southern plains and the central United States.

So what makes these two locations so special?

Florida has almost daily thunderstorms due to the east and west coast sea breezes colliding, and causing thunderstorms along this collision. So, there’s a lot of tornadoes in Florida simply because the state has an abnormal amount of thunderstorms. Also, Florida is between the Gulf of Mexico and the Atlantic Ocean – two areas for hurricane development. Hurricanes can have very strong thunderstorms embedded in them, and these can also cause tornadoes.

As for Tornado Alley, the area hosts the perfect environment for super-cell thunderstorms. Super-cells are highly organized storms characterized by strong updrafts that can attain speeds over 100 mph, produce extremely large hail and violent tornadoes. Super-cells form mostly when winds are turning clockwise as you go up in the atmosphere.
Super-cell Thunderstorm Visual of the different components of a super-cell thunderstorm.National Weather Service: Southern Region

When do tornadoes happen?

Most tornadoes form in the afternoon because day-time heating leads to instability in the atmosphere, a big trigger for thunderstorms. Time-of-day tornado occurrence. However, the deadliest tornadoes occur overnight, because people are sleeping, and unaware of the weather.

Thanks to smartphones, weather awareness overnight has been increasing. Your iPhone or Android has government alerts enabled, whether your phone is on loud or silent, if a tornado, severe thunderstorm, or flood warning is issued your phone will sound a warning. Government alerts you can enable emergency alerts on your smartphone to be warned during a tornado, severe thunderstorm, or flood warning. More generally speaking, tornado season for the southern plains is May through June, and for the Gulf and Florida area early spring.

How strong are tornadoes?

Tornadoes are classified into categories using the Enhanced-Fujita Scale below. Each category is based on wind speed and tornadoes are verified by storm survey teams from the National Weather Service.
Enhanced Fujita ScaleWind speeds corresponding with different categories of tornadoes.National Oceanic and Atmospheric Administration

About 70 people have died each year in tornadoes, over the last 30 years. But deaths are increasing. The 10-year average for annual tornado deaths is 110. Last year deaths were lower; 36 deaths were caused by tornadoes.

Now where does Ohio come into all of this?

There has yet to be any tornadoes this year, but in 2015, there were seven tornadoes in Ohio. Here is a summary of Ohio tornadoes in 2015:2015 Ohio tornadoes. Summary of all 7 tornadoes that occurred in Ohio in 2015.NOAA National Climatic Data Center. Compared to Florida and Tornado Alley, 19 seems like a small number. It doesn’t have daily thunderstorms or polar air colliding with subtropical air causing instability.

Ohio is a little further north than the peak collision location, which means fewer tornadoes for us. Tornado season runs through July, though. So always take precautions.

Cullman County man finds what may be the state’s largest h... 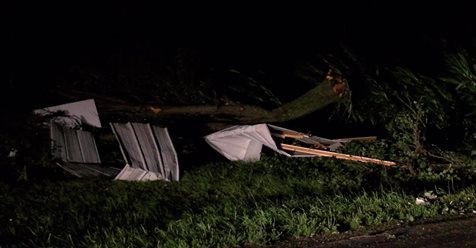 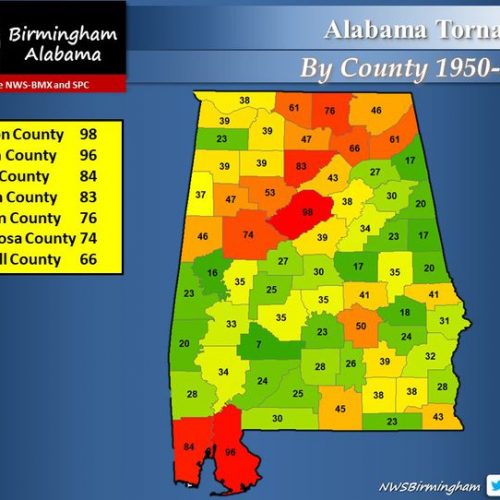