“It was just told to us that it was an EF2 tornado that hit down here in Thornbury Township,” Jim Raith, Chairman of the Board Commissioners, said in a late Friday morning press conference.

Officials said the damage stretches 3/4 of a mile in Thornbury Township.

You can see the sky were Jim Miller’s roof should be.

“It was a nasty night,” said Miller.

Insulation looks like snow blanketing his upstairs bedroom. The roof of his Thornbury Township home caved in as the EF-2 tornado blew through.

Downstairs, he and his wife were sleeping when the winds started howling.

“It got really loud. You could feel the pressure in your ears. That kind of freaked my wife out, and she took off and luckily because look where she was sleeping,” he said.

Miller stayed in bed, until he heard crackling above him, “I just rolled out of bed and hit the dirt on the floor and sheet rock came down on my back.”

The development in Thornbury Township, Delaware County was hardest hit. The tornado left a 3/4 mile stretch of destruction in its path. In total 24 homes sustained damage. Half of those, severe.

On Chelsea Court, houses are missing roofs and facades, and windows were busted in by the intense winds.

Resident Lou Flagiello’s home was severely damaged in the storm.

He spoke to Action News about the moments the tornado ripped through his home.

“The electric went off and everything just broke loose. Glass flying around, wind, lamps. Something hit me in the head and ran downstairs real quick to see how my wife is doing,” Flagiello said.

Flagiello was not severely injured. He and his wife have booked two weeks of hotel rooms as crews work on his home.

Just a few doors down, though, only a few trees were knocked down, which shows the chaotic nature of the tornado.

Chopper 6 was over the storm damage in Thornbury Township early Friday morning.

As the storm hit, tornado warnings were called for many parts of the area.

He said Thornbury Township was hit the hardest.

The Action Cam was on the scene as firefighters rescued children and the elderly from their homes on Chelsea Court.
Boyce said first responders had to cut through trees to reach people trapped in their homes.

Boyce said roads are closed across Delaware County, especially in the western section due to downed trees and power lines.

THREE TORNADO SIRENS ARE NOT WORKING IN HUNTSVILLE 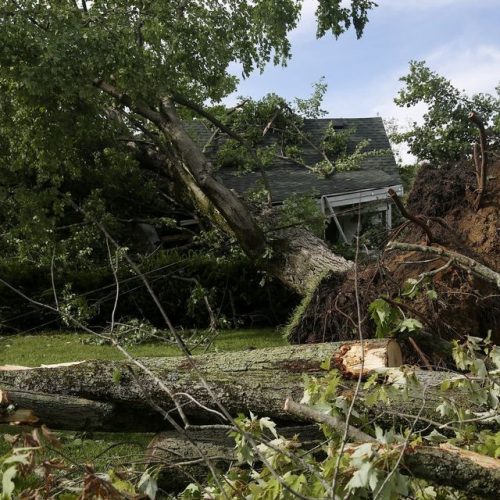 Six tornadoes twisted across West Michigan one year ago toda... 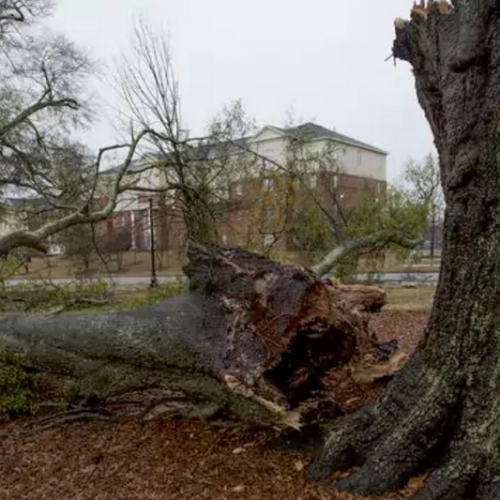