Picture a tornado forming. Does the funnel cloud in your mind’s eye reach down from the sky like a malicious, spindly finger?

If so, that mental picture may be all wrong. New research suggests that tornadoes form not from the clouds down, but from the ground up.

In a new study presented yesterday (Dec. 13) at the annual meeting of the American Geophysical Union in Washington, D.C., Ohio University meteorologist Jana Houser argued that of four tornadoes observed in enough detail with a rapid radar technique, not a single one started its rotation in the sky. Instead, Houser and her team found, the tornado rotation began rapidly near the ground.

“Tornadoes do not appear to form from the traditional, top-down mechanism,” Houser told reporters at a news briefing.

Meteorologists know that tornadoes form when the winds in a strong storm begin to rotate. Predicting exactly when this will happen, and which storms will spawn strong tornadoes, is more difficult. A study from more than two decades ago using radar of tornado formation found that 67 percent of tornadoes formed from rotation in the clouds that extended toward the ground, Houser said. But that radar was relatively slow: It scanned each area of the horizon only every 5 minutes. Houser and her team used a rapid-scanning mobile radar unit that takes readings every 30 seconds and found that tornadoes formed far more rapidly than that, on the order of 30 seconds to 90 seconds.

With a more precise timescale, the researchers could also detect more accurately where rotation began — at least in a few tornadoes. Gathering good data on tornadoes is quite difficult, Houser said, because meteorologists can’t know in advance where the twisters are going to hit. The research team has spent many hours monitoring storms that never spawned a tornado.

The El Reno tornado was the widest ever recorded, at 2.6 miles (4.2 km) across. It killed eight people, including three storm chasers who inadvertently ended up within the vortex while in their vehicle. For Houser and her team, the storm was extraordinary because the team happened to have deployed their mobile radar on a slight rise, giving them a clear shot to record data as low as 50 feet (15 meters) above ground level.
Ground truth

All four tornadoes formed from supercell storms. Otherwise, they were very different in strength and impact, Houser said. None, however, formed from the top down. In the case of the El Reno tornado, a storm chaser actually snapped a picture of the funnel cloud on the ground minutes before the mobile radar detected the tornado about 50 to 100 feet (15 to 30 m) above the ground.

“The tornado was very much confined to the lowest layer of atmosphere,” Houser said.

Meteorologists have bandied about competing theories about tornado formation, Houser said, but this is the first time they’ve had good enough data to really test any of them.

The sample size of four was small, Houser acknowledged, but if tornadoes really do form from the ground up, forecasters are always going to be catching them several moments after they form by looking at radar data at cloud level. In order to improve tornado warnings, Houser said, it may be better to change the way meteorologists make tornado forecasts.

One possible avenue might be to use complex weather simulations to model a given storm as it develops, based on forecasting data a few hours before the storm hits, Houser said. Meteorologists could run a virtual version of a particular storm to see if it spawns tornadoes. Then, as the real storm develops, they could compare the tornado-forming models to the real-world data, searching for hints that a tornado might appear.

“Then you can be more confident in issuing a tornado warning based upon that model,” Houser said. 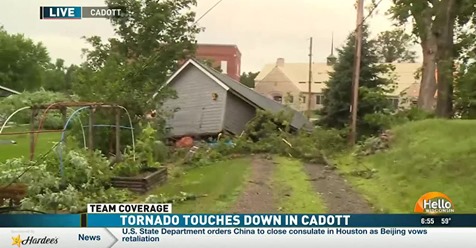 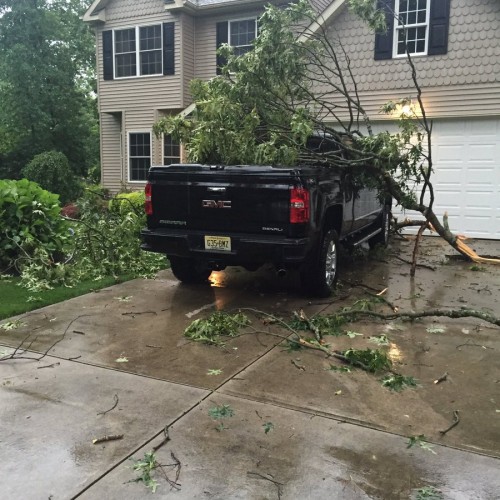 Was NJ hit by a tornado on Tuesday? 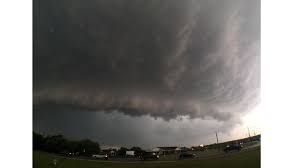