PLEASANT PLAINS TOWNSHIP, Mich. – The Shell gas station on Michigan Avenue is one of the only places open in Baldwin.

Every other home, business and building is in the dark Wednesday, Aug. 29 after a second round of storms rolled through the state Tuesday night.

According to Consumers Energy Outage Map, power is expected to be restored by 11:30 p.m. Friday, Aug. 31.

Brian Kunna has lived at Oakwood Manor Apartments for two years. He thinks a tornado touched down. “Started raining a little bit, you heard a little bit of thunder and then it just got bad quick,” he said. “I’ve never seen damage like this and I’ve been coming up here my whole life.”

There are no known injuries, but that could have been a different story if one of the apartments wasn’t vacant.

“One of the trees broke right through the ceiling and right onto the bed, but nobody was using the unit at that point,” said Josh Watkin, owner of Watkin Tree Pro out of Holland. “If you walked inside you can see there’s drywall and logs and everything laying on the bed.

“Thankfully no on was sleeping in that bed.”

Watkin also explained the conditions that were a perfect recipe for trees coming down. “What causes this super saturation of the soil, so we had four or five inches of rain,” he said. “The trees are fully leafed out and then there’s been a lot of clearing and some oak wilt, that’s a disease damage, which has caused the winds to gather a lot of speed before they hit. So this particular unit is just on the other side of a big clearing and these trees have never had wind like that on ’em in their whole lives, so that’s what caused the problem.”

Kunna said officials did a great job of letting residents know to go to the school and quickly closed down roads for safety. “They did a lot of safety precautions early,” he said.

Lake County Sheriff’s Deputies said it will be a day or two before they know the extent of the damage.

“We’ve got three or four days here,” said Watkin. “This place had 10 big trees fall on it so yeah, lot of wood work and lot of brush and chips.”

The American Red Cross has opened a shelter at Baldwin Community Schools for those in need. School is canceled for students until next Tuesday. 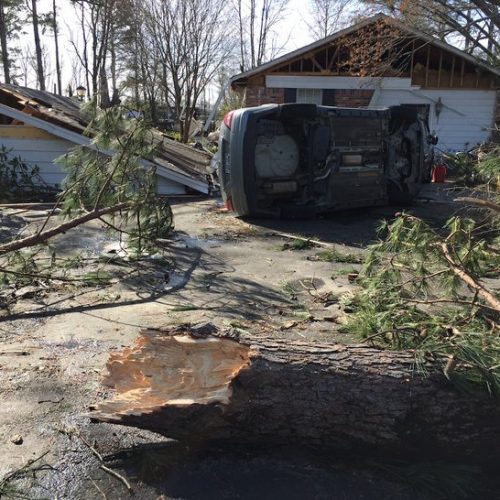 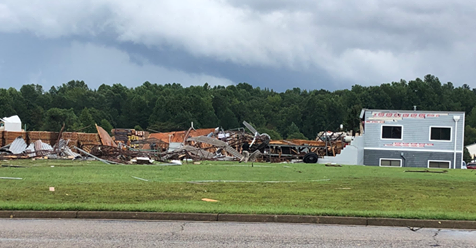 Tornado touches down in Virginia, killing at least 1 in buil... 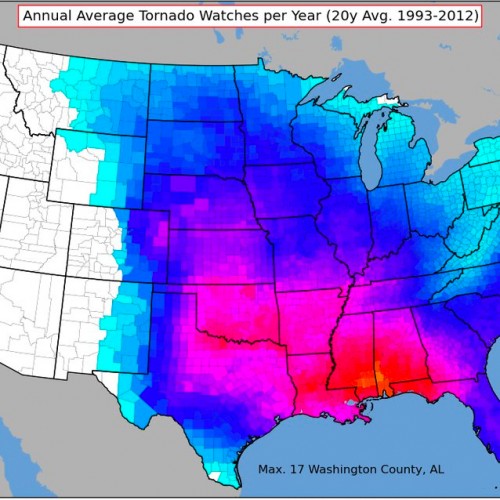 What Counties See the Most Tornado and Severe Thunderstorm W...