July isn’t just the heart of the lazy, hazy, crazy days of summer.

It’s commonly a pretty sleepy month for tornadoes in Kansas as well. On average, fewer than five tornadoes a year touch down in the Sunflower State. The ones that do are typically weak and short-lived.

But this past July was different. Not only were there more tornadoes than normal — eight — some of them were remarkably strong.

Three tornadoes touched down in Greenwood County on July 7. One of them, an EF-2 with winds of up to 135 miles an hour, slammed into Eureka after sunset and damaged more than 150 buildings. No one was hurt or killed by the storm.

An earlier tornado in northern Greenwood County was rated EF-3, with winds of up to 165 miles an hour. Just one more mile an hour would have earned the tornado an unmatched distinction: the first EF-4 ever recorded in Kansas in July.

It was still just the second July EF-3 tornado in Kansas since 1958.

A tornado that touched down about four miles east of Syracuse in Hamilton County on July 15 could have earned a similar rating, weather officials say, but it didn’t do enough damage to warrant a damage survey by the National Weather Service.

Storm chaser Roger Hill, who shot video and photos of the storm, called it “a substantial tornado” in an e-mail sharing images of the twister.

“It was big,” he said, adding that he would have guessed it worthy of an EF-2 rating if it had struck anything more significant than utility poles and pivot irrigation systems.

Officially, it will go down as an EF-1, said Jeff Hutton, warning coordination meteorologist for the Dodge City branch of the National Weather Service.

July’s tornadoes have caught the attention of Sunflower State meteorologists.

The EF-2 and EF-3 tornadoes in Greenwood County and the large tornado near Syracuse in western Kansas “were definitely stronger than you usually see in July,” he said.

The tornado that struck Eureka is noteworthy for more than just the fact that it was so strong: It struck at night.

“That one in particular is really unusual because it happened at night in July” — something that is almost unheard of in Kansas because of how weather patterns set up in the nation’s heartland in the middle of summer.

The July tornadoes serve as a timely reminder, Hutton said.

“Everyone’s got it in their head it’s only spring” when tornadoes can happen, he said. “It can happen at any time if it sets up just right.”

Tornadoes have occurred in every month of the year in Kansas, records show, and the largest outbreak of 2015 occurred in November, 10 days before Thanksgiving.

By: Stan Finger JULY 31, 2016 4:01 PM
Photo: By Fernando Salazar The Wichita Eagle “The Ranch Aid building in Eureka was damaged in a tornado that hit the town on July 7.” 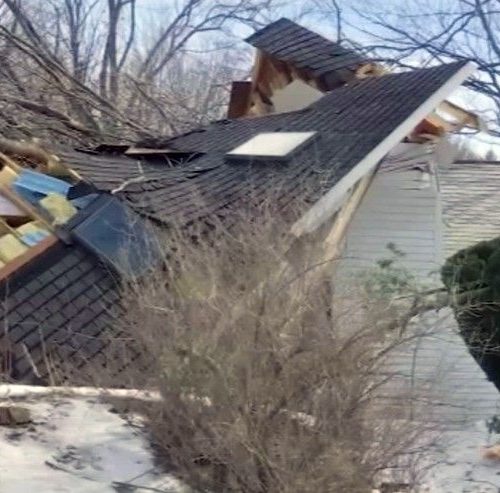 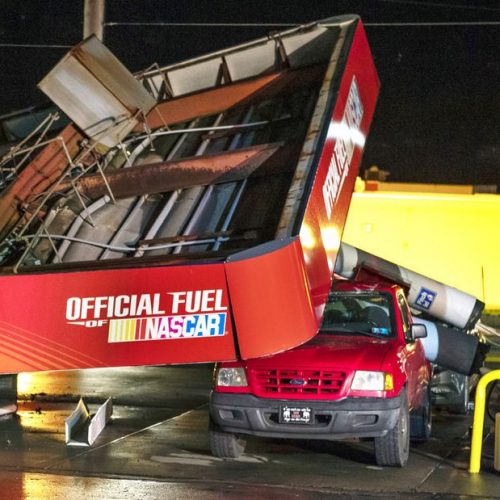 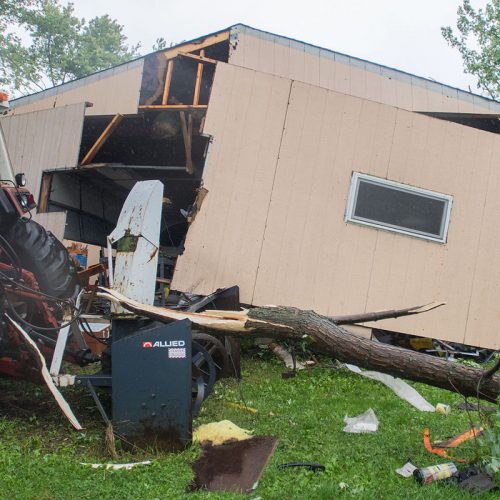