Tornadoes are nothing unusual in Kansas. The state is in the middle of what’s called Tornado Alley, an area of the south-central United States that has a high number of twisters, especially in late spring.

But one of the tornadoes that ripped through Kansas last week was unusual: It was on the ground for a long time, about 90 minutes. (Twisters usually disappear much more quickly.) You might think that such a storm would cause a huge amount of damage and take many lives. But a lengthy storm isn’t always worse than a quick one. A closer look at what tornadoes are and why they can be so destructive helps explain.

Tornadoes — and, on a larger scale, hurricanes — are the most efficient way to move air from one part of the atmosphere to another. Tornadoes usually form when moist, warm air from the Gulf of Mexico moves north to meet drier, cooler air from the Pacific Ocean or Canada.

Warm air rises, and cool air falls. When air masses collide, the atmosphere must come back into balance. Sometimes that restoration of balance produces a rotating column of air, or a tornado, with winds that can exceed 250 miles per hour. Sometimes no such column forms. Why the difference? The answer isn’t fully known.
Usually a short story

The National Weather Service’s Storm Prediction Center says most tornadoes last less than 10 minutes and stay on the ground for about 3½ miles.

Last Wednesday’s storm covered about 23 miles between Abilene and Chapman, two cities in Kansas. And it was moving so slowly that it lasted an hour and a half.

Tornadoes are usually part of weather systems that form multiple storms — one with hail here, one with high winds there. Cold air flowing out of those other storms often chokes off a tornado, said Erik Rasmussen, a research scientist at the University of Oklahoma.

“I’m sure less than 1 percent of tornadoes last 90 minutes or more. There’s probably only two or three a year,” Rasmussen said. The United States sees an average of 1,200 tornadoes each year.

Last week’s twister was so isolated — 120 miles from the nearest storm — that other storms never interrupted its air flow.

“The things that end up destroying a tornado didn’t happen,” Rasmussen said.

The twister’s slow progress, at 15 miles per hour, turned out to be a good thing: Forecasters had time to tell people to get out of the storm’s way or take shelter.

The National Weather Service in Topeka, Kansas, warned Chapman’s 1,400 residents at 8:06 p.m. Wednesday that the storm was four miles to the west. People in town had 16 minutes to get into basements or interior rooms.

“We had outstanding early warning on this,” said Paul Froelich, a fire chief in Dickinson County, which includes Chapman and Abilene. “People knew well in advance of this storm.”

About 20 homes were damaged or destroyed, but there were no reports of serious injuries or deaths, even though winds probably reached 180 miles per hour, scientists said.

Froelich admitted that luck played a role in the outcome. Neither Chapman nor Abilene took a direct hit. The storm reportedly passed within a few miles of each town.

“It’s amazing how this tornado missed those centers of population,” Froelich said.

As a result, an extraordinary storm is unlikely to make the Tornado Alley record books.

By Staff and wire reports May 31 at 5:24 PM
Picture: A tornado in Kansas last week moved more slowly than most twisters, giving residents in its path plenty of time to take shelter. (Tanner Colvin/Salina Journal via Associated Press) 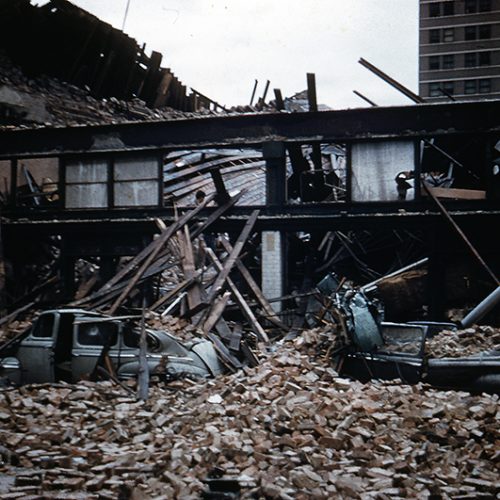 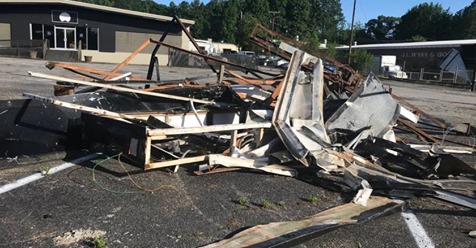