MIAMI (WSVN) – A storm over South Florida caused flooding, saw a tornado touch down in Miami-Dade County and damaged a home under repair in Broward County.

Some areas, such as near Bicentennial Park in Miami and the Redlands, bore close to five inches of rain in the past 24 hours, Monday.

Residents complained of cars driving by at speeds strong enough to cause water to surge into neighboring properties.

While one vehicle sped through the neighborhood, one Hallandale Beach resident said, “Look, look. There’s no need for that. None whatsoever. All these people, they just come flying through here.”

Cars were flooded in the Edgewater neighborhood of Miami.

Flooding was reported on Miami Beach at Alton Road and 13th Street, and also in Miami at Southeast Ninth Street between Brickell Avenue and South Miami Avenue. Biscayne Boulevard between 15th and 27th streets and along U.S. 1 at 125th Street in North Miami also experienced flooding.

By 5 p.m., the flooding at Alton Road and 13th Street had started to recede, but 7News cameras captured cars traversing several inches of standing water earlier in the day.

Frederic Joulin, the owner of Semilla, a French restaurant near where the flooding occurred, said the passing cars were pushing the floodwater into his restaurant. He said he was able to sweep up the water and clean up the restaurant before it was damaged, and the restaurant remains open for take-out orders.

“Since 11 a.m. it was crazy, Like three or four inches [of water] — I was there to clean and to try to remove the water as it came inside,” he said.

A few blocks to the south, along First Street, pedestrians could be seen walking across ankle-deep water with their shoes in hand.

7News cameras along Northeast 23rd Street and Fourth Avenue in Miami captured floodwaters up to several vehicles’ doors. On April 30, the area experienced a storm drain issue that led to several cars being flooded out.

Residents said the flooding is a constant problem because the water collects with nowhere to go.

One resident in Miami’s Brickell neighborhood said he had not seen the floodwater so high there since Hurricane Irma, and when cars try to drive through the standing water, it gets pushed out towards the sidewalks.

Several low-lying areas along Northeast 79th Street and 10th Avenue in Miami had also experienced severe flooding. A Dodge Challenger in the area had to be towed away after it stalled out trying to get through the standing water.

Officials are warning motorists not to drive through standing water because it could cause extensive damage to their vehicles.

Some residents along Moffett Street used their vehicles and cones to block off the roadway due to the excessive floodwater. They said the wake from passing cars makes the floodwater creep up their driveways and into their homes.

Meanwhile, a home along Fletcher Street, also in Hollywood, had part of its roof collapse. The roof, which was being repaired after it was damaged during Hurricane Irma, partially caved in after the torrential rain swept through the region.

In Hallandale Beach, another family was left with a big mess to clean up after part of their roof caved in.

Sanecia Brown said she was sleeping and awoke to her mother rushing into her room with her 4-month-old sister.

“She was like, ‘The roof fell in on us,’ so, of course, I got up and went to go look, and the whole ceiling was all over the bed and all over the place,” Brown said. “I was worried about the baby. We made sure she was OK because she’s 4 months.”

No one was seriously injured, but the home is now in need of major repairs.

The rough weather conditions were also to blame for a fatal crash along the northbound Florida Turnpike near Bird Road, which caused the roadway to shut down for several hours.

An EF 0 tornado also touched down near Southwest 200th Street, and it toppled over some trees with winds up to 85 mph. 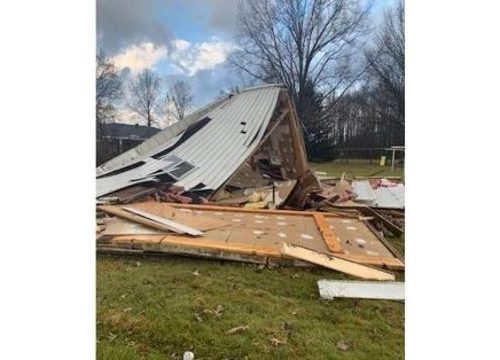 The First Tornadoes of 2019 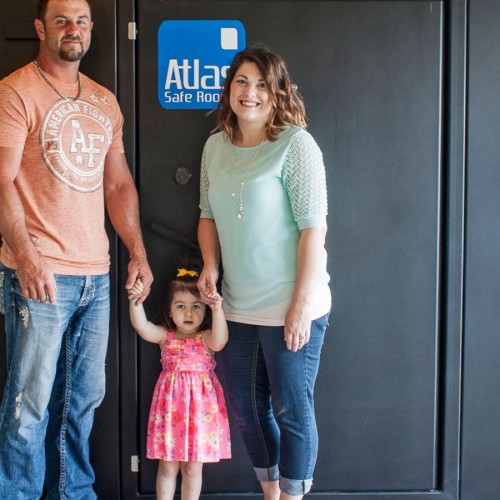 Storm Safe Rooms as a Wedding Gift? Sure, in Tornado Alley 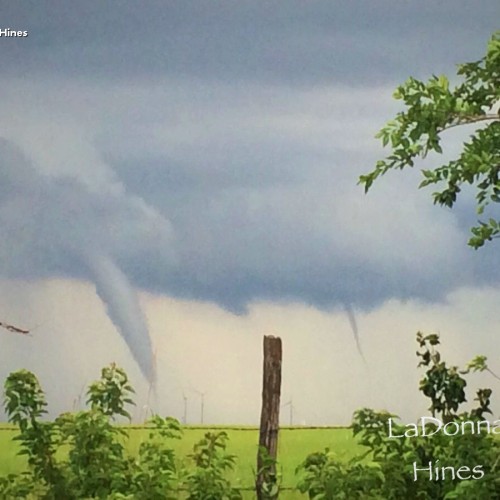 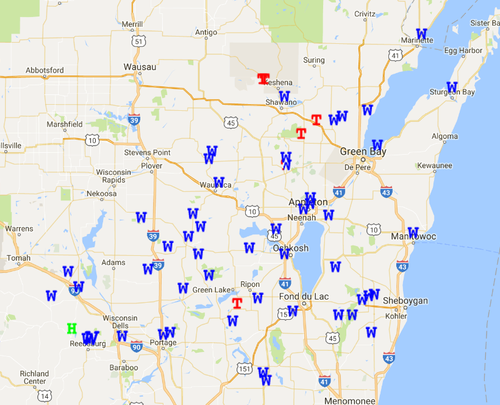