A series of powerful storms, including a tornado, rolled through the Midlands Saturday night and left a trail of damage in its wake.

While examining the wreckage at a high school in the Midlands on Sunday, the National Weather Service survey team confirmed a tornado with 130 mph winds hit Kershaw County.

As a cleanup takes place, the threat of hazardous weather remains a possibility Sunday and Monday, according to the forecast from the National Weather Service office in Columbia.

There were at least five reports of trees being knocked down in the Irmo and St. Andrews areas of Richland County, including one that crashed into an apartment building, Moore said.

A downed tree blocked part of Interstate 77 in Fairfield County, and another tree fell on a house in Newberry, according to Moore.

One of the areas hit the hardest by the storms was Kershaw County, which suffered the most damage, along with Fairfield and Lancaster counties, according to Moore. That included North Central High School, which was battered by the storms.

Scenes of the wreckage caused at the storm-damaged high school were shared on Facebook by the Kershaw County Sheriff’s Office.

It shows a trail of damage that smashed school buses into each other, blew out windows, ripped the ceiling of portions of a building on the campus and left debris strewn inside and outside of the school.

Some of the stands at the school’s football stadium were collapsed by the storm, pictures show.

“We are very thankful this storm did not hit while our children were in school. No storm related injuries have been reported as of this time,” the sheriff’s office said in the post. “We are asking for all spectators to stay off North Central High School property until qualified personnel can complete their assessments and make the area safe and secure.”

The damage was caused by an EF-2 tornado with estimated wind speeds of 130 mph, Moore said.

The school is expected to be closed for a period of time while the amount of damage is determined and it is cleaned up, according to the sheriff’s office. Information on when the school will reopen was not available.

“I have spoken with Principal Branham, Superintendent Robbins, and Senator Sheheen to offer assistance,” South Carolina Gov. Henry McMaster said on Twitter. “It’s a blessing that no one was on the North Central High campus last night. We can replace buildings and buses but not lives.”

The storm, later confirmed to be a tornado, hit the high school at about 10:30 p.m., according to Moore.

Along with surveying North Central, NWS teams are examining other locations in the Midlands to determine if more tornadoes formed during the storms.

Darkness made it more difficult to determine if the powerful winds were rotating or straight-line gusts.

What is for certain is that wind speeds of at least 60 mph occurred Saturday night, Moore said. The meteorologist said winds would have to be “at least” that powerful to inflict the wreckage caused by the storms.

The most powerful gust recorded Saturday at an airport or other official station was actually at McEntire Joint National Guard Base in Richland County, where the wind hit 51 mph, according to the NWS.

Severe thunderstorms are possible in the Columbia area Sunday and Monday, as the cold front that moved into the area that triggered Saturday’s extreme weather stalled between the Central Midlands and South Carolina’s coast, Moore said.

But the forecast indicates these storms will be isolated and not as strong as Saturday night’s storms, according to Moore.

“The most unsafe conditions will be in the afternoon hours, when it’s warmer,” Moore said of the storms that are possible through Tuesday morning. “We’re not expecting a new development of (tornadoes).”

Even after the chance of hazardous weather is predicted to pass, rain is still very likely for the beginning of this week. The forecast calls for 80 percent chance of precipitation Sunday, declining slightly to 70 percent Monday and remaining at 40 percent for Tuesday and Wednesday, according to the NWS.

Temperatures are also expected to remain warm during that stretch, with possible highs in the 70s every day to Thursday.

Severe storms have moved across the Southeast U.S. and were blamed in the deaths of at least 11 people, including two first responders, the Associated Press reported. 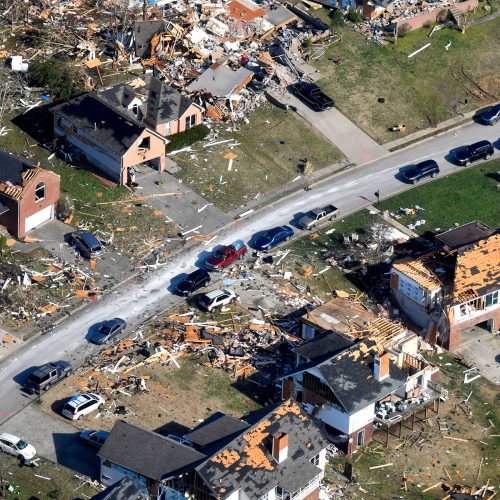 Science of a storm: How a 2% tornado risk turned into total ... 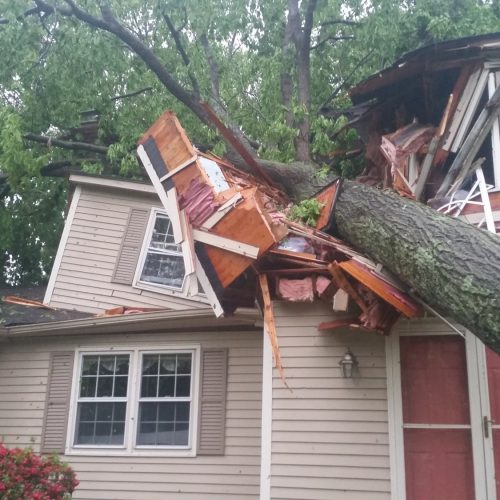