A violent tornado took aim at an olive oil factory in Greece on Monday, sending debris into the air as the dozens of workers inside managed to escape serious injury.

The twister touched down shortly after 1 p.m. local time in the city of Kalamata, located about 145 miles southwest of Athens.

Security cameras captured the moment the violent winds sweep across the factory, sending metal panels and debris up in the air, some hitting cars parked on the side of the factory.

Even with the dramatic footage, no casualties were reported from Monday’s incident.

Local media reported, however, that the storm destroyed a warehouse at the olive oil factory, which is also a major producer of balsamic dressing.

Tornadoes are very unusual overall in Europe, where fierce gales are more the norm.

According to the National Observatory of Athens weather service Meteo, there were 107 tornadoes in Greece in 2018, three of which caused significant damage, according to the Greek Reporter.

Earlier this year, two children were among six people killed when a severe storm slammed a tourist hotspot in Greece. The storm ripped up trees and power pylons, tossed vehicles and left swathes of debris across the northern region of Halkidiki as the severe weather brought gale-force winds, heavy rain and hail. 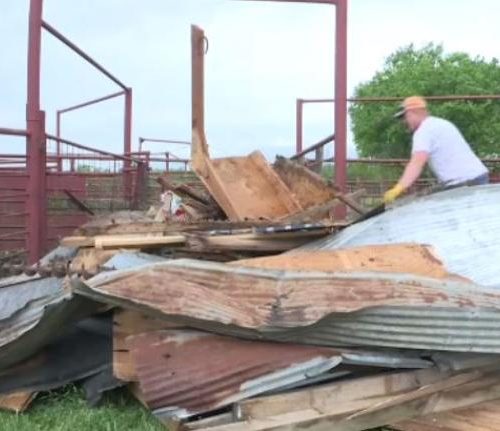 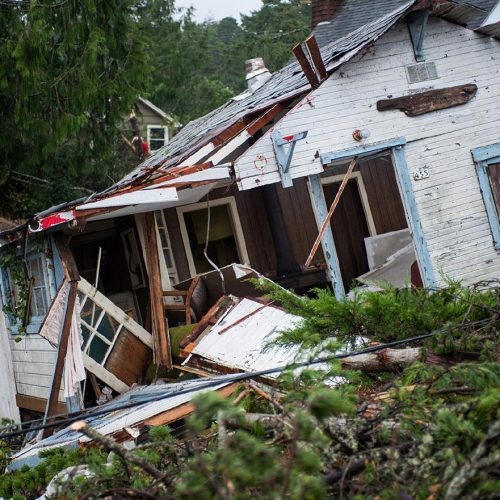 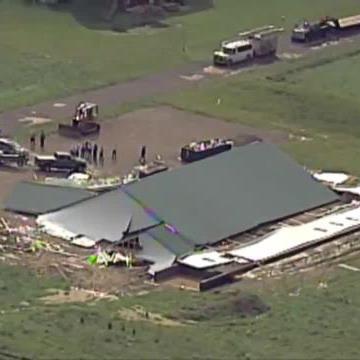