MINNEAPOLIS (WCCO) – Residents in western Wisconsin are cleaning up after severe storms and a probable tornado ripped through the area Tuesday night, turning several homes into piles of rubble.

So far, there have been no reports of deaths of major injuries.

The National Weather Service has crews working to determine whether or not a tornado touched down near Elk Mound, Wisconsin, which is about 12 miles west of Eau Claire and 75 miles east of the Twin Cities.

Spotters reported a tornado in the area around 7:30 p.m. Tuesday. A video posted on social media appears to show a tornado’s silhouette backlit by frequent lightning strikes.

The sunrise Wednesday revealed that several homes and trailers had been destroyed in the storm. The debris from the rubble sat atop vehicles and downed trees blocked traffic on area roads.

Elk Mound resident Deanna Pichler said she and her family crouched in the hallway of their mobile home as the storm shook their trailer.

“I was afraid to move, afraid to get up,” she said.

When her family emerged after the winds calmed down, they found that homes nearby had been completely flattened.

“I feel like we are super lucky,” she said. “We could have lost everything.”

“For the devastation you see here, virtually no serious injuries,” he said.

Now, the focus is turning toward clean-up. However, the sheriff’s office is not yet seeking volunteers to help in the effort. 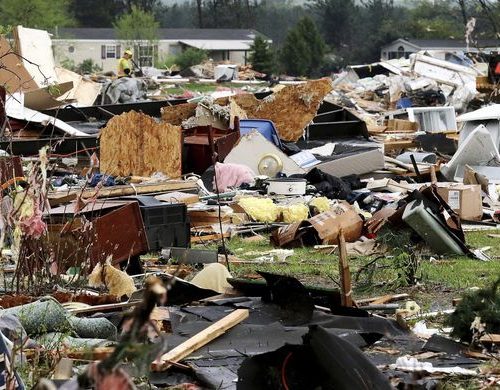 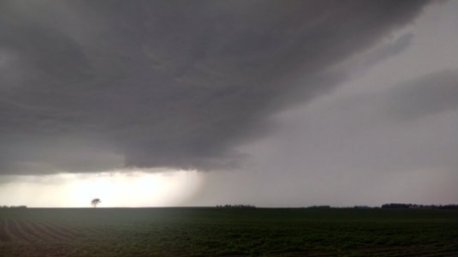 Why high elevation tornadoes are so rare