When severe weather threatens, you may hear a siren wailing to warn you of danger.

But what exactly that siren means, and when it’s set off, can vary from county to county in Indiana.

Most people call them tornado sirens. However, Shane Booker, executive director of Emergency Management in Hamilton County, says it’s important to note that is not actually what they are.

Another common misconception is that the National Weather Service decides when to set off the sirens.

“We don’t have any control over what counties do with their sirens,” said Kacie Hoover, meteorologist at the National Weather Service in Indianapolis. “We send out our watches and warnings and the counties and cities do what they want with the information.”

In Indiana, each county is responsible for monitoring, maintaining and testing the sirens. The Indiana Department of Homeland Security provides some general guidelines to counties on when to activate those sirens, but the ultimate decision is up to each of the state’s 92 counties.

“Counties in Indiana can create their own siren coverage plan, per the Indiana rules that are set up,” said Casey Kenworthy, public information specialist with IDHS. “If there’s a county that doesn’t have a siren coverage plan, then they just refer to the general activation standards.”

What it means when a tornado siren goes off

The general activation standards for setting off a siren include when a tornado warning is issued by the NWS or when reliable reports indicate a tornado has touched down, according to planning documents obtained by IDHS. They can also be activated during a severe thunderstorm warning if winds of 75 miles per hour or greater have been confirmed.

While most counties will sound sirens for tornado warnings or spotted tornadoes, each county can set off the sirens according to their own local standards as well.

Stephanie Sichting, director of Johnson County Emergency Management, says nearby counties have tried to come up with a universal sounding system, but that hasn’t happened. Because of this, one neighboring county can have their sirens on while the other doesn’t. Sichting’s office will get calls about people asking about the weather because they can hear Marion County’s sirens.

The statewide guidelines say sirens should not be sounded just because of a tornado warning in a neighboring county.

Sichting said Johnson County will also sound sirens if the county is under a severe thunderstorm warning and then a tornado watch is added onto that warning.

In Hamilton County, Booker says sirens can also be activated if the siren owners requests it.

Marion County Emergency Management did not respond to multiple requests about their protocol.

What to do when you hear a siren

When you hear a warning siren, you should go inside and shelter away from windows and check the news or an all-hazards weather radio for further information.

The National Weather Service says if you’re outside, such as in a vehicle, sheltering in a shed, storage unit or tent is not safe. Instead, you should get down in your car, covering you head with your arms and hands.

You can also abandon your vehicle and seek shelter in a low-lying area such as a ravine or a ditch while still covering your self with your hands and arms or a coat or blanket.

Booker recommends all homes have an all-hazards weather radio and not to rely just on smartphones. Weather radios are battery operated and can relay important information regarding severe weather and tornadoes.

“I’ve got one here in my office that’s my personal radio and its got a solar panel on top, a little mini crank so I can use it as a generator but then it also has a USB port on the back so I can use it to charge my phone,” said Booker. “So there’s a lot of things it can do not just to serve as a weather radio but if you’re out of power for a long period of time, it can help then too.” 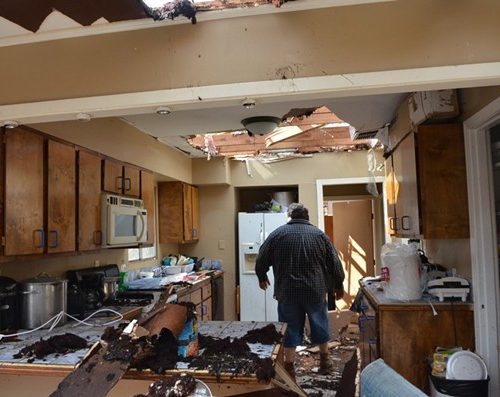 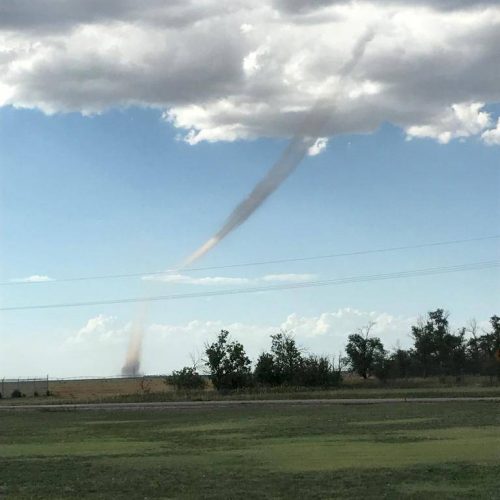 Tornado touches down — and then stays put 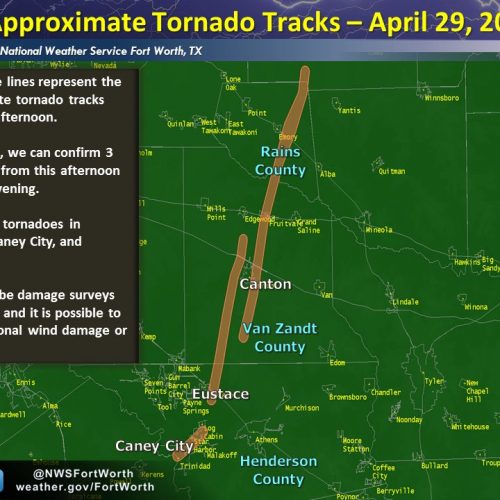 At least 7 dead and dozens injured after tornadoes, floods h...