DYER, Ind. (WLS) — Residents in Dyer, Ind. and Sauk Village, Ill. are cleaning up after a confirmed tornado touched down Monday afternoon.

Sauk Village, Illinois and Dyer, Indiana are located about 30 miles south and southeast of Chicago.

Video from along Route 30 in the Dyer and Schereville areas shows the funnel cloud rotating. The storms brought destructive winds up to 70 miles per hour, taking down trees and power lines across the area.

The Dyer Fire Department said the storms damaged at least 100 homes, pulled trees out of the ground and ripped a shed right off the foundation.

“Had to be strong because it is a concrete foundation and someone found the shed a few blocks east of us,” said Dyer resident Scott Currin.

Neighbors were out assessing the damage Tuesday.

“We were watching the stuff, watching it come in, seeing what was happening and then we heard the train, like a train sound, that’s what they say and that’s exactly what it was,” said Dyer resident Dan Brown.

“Like a loud train, like it was running right down the side of the house,” said contractor Miguel Luna.

Neighbors along Ridgewood Lane in Dyer woke up to trees downed feet from their front door. At Martha Dalsanto’s parents’ home, a tree was leaning upside against the house. She said her sister saw it all happen.

“She was standing by the door and all of a sudden it started lifting up into the air and she started running back towards my parents because realized something bad was happening,” Dalsanto said.

Neighbors helped neighbors as the town and nearby village leaders got to work to clear the streets from the debris.

“Fortunately, they are all safe,” Dalsanto said. “That’s all I care about, you know. This all can be replaced, so my dad will have something to do again, more planting.”

The Sauk Village area was also affected by tornado damage.

“We looked outside after the storm calmed down and our roof is across the street in our neighbor’s yard,” said Sauk Village resident Tyresha McFadden.

Sauk Village police said a few homes on the far east side of town lost or sustained damage to their roofs.

Authorities said no injuries have been reported

Tornadoes also touched down Monday in Paw Paw in Lee County and in Plattville in Kendall County.

The storms also caused damage and some flooding across the Chicago area.

In Chicago Ridge and Oak Lawn, fences were blown out and streets were blocked.

The winds were so powerful that they blew over a canopy on a gas station in Alsip. An SUV was crushed underneath the awning, but the driver was able to get out safely.

The National Weather Service says nearly two inches of rain fell in under an hour in some parts of our area.

There’s been so much rain that debris remains a huge safety concern on the Fox River and Chain O Lakes. Zones A, B and C remain at “no wake” Tuesday.

In suburban Plainfield heavy rain and large hail pelted homes, leaving behind what looked like a coating of snow. Neighborhoods there are cleaning up after the wind snapped tree branches and took down utility poles.

In Yorkville, residents and businesses are assessing the damage caused by a possible microburst. A Menard’s store sustained damage to its roof and there were many reports of cars being damaged by flying debris. There were no reports of any injuries.

In Bolingbrook there were also reports of downed trees, as well as flooding in residential areas.

There were reports of flooding in the city of Chicago, especially on the South Side. A resident of the 400-block of East 90th Street in the city’s Chatham neighborhood said his street has been flooded after the heavy rain caused sewers to back up.

The Office of Emergency Management and Communications said it activated the tornado sirens for much of the city’s South Side as a warning when a tornado warning took effect. The sirens were to alert people to shelter in place immediately, OEMC said, and public safety officials also alerted those at city beaches to immediately seek shelter. 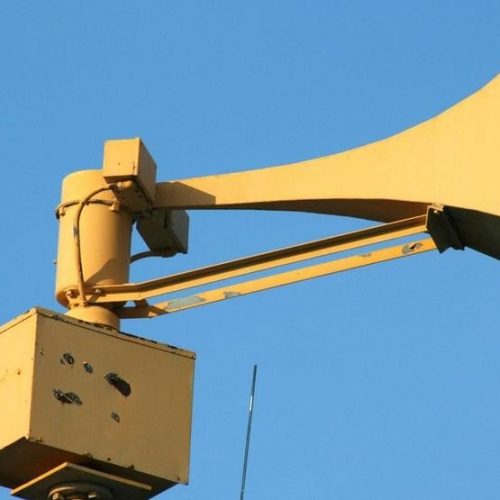 No warning siren for twister; mayor has to use hand crank 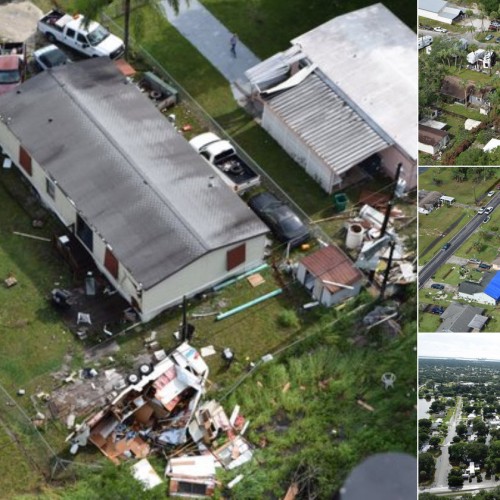 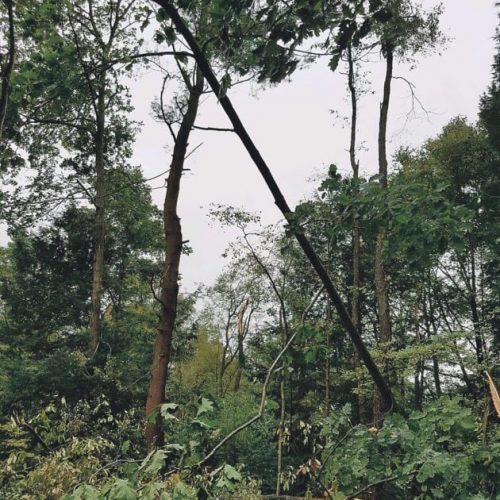