Mobile homes are death traps in a tornado. And yet new research shows that residents across the southeastern United States, where mobile homes make up nearly 20% of the housing stock, don’t have the information or resources they need to safely respond to a twister.

“We know a lot about how corporations can protect their reputations, but we know comparably a lot less about how governments can help protect the public during extreme events,” says Brooke Liu, a risk communications researcher at the University of Maryland in College Park.

Liu and her colleagues recently conducted a survey of tornado awareness among about 3,000 mobile and permanent-home residents in 12 states throughout the Southeast. Their findings, published 29 March in Weather, Climate, and Society, show that current communication strategies have a lot of room for improvement.

Eos spoke with Liu about her findings. Our conversation has been edited for length and clarity.

Eos: What jumped out at you about these responses?

Liu: First, mobile home residents and fixed-home residents had no significant difference in their risk perception. And yet one of those two categories has a much higher risk. That’s fairly alarming.

Second, a large portion of mobile home residents did not know what they should be doing [in a tornado], nor did fixed-home residents. The communities as a whole didn’t have the level of knowledge you would hope they would have.

And the third thing is people with fixed homes were seeking and receiving more information than those in mobile homes. The people that need the most information are apparently not getting the information.

Broadcast meteorologists tend to be the public’s most trusted source when it comes to severe weather because they have that personal connection [with their audience]. That’s a call to action for the [National] Weather Service to keep on partnering with these broadcast meteorologists, especially in the preparedness or watch stage.

Eos: Do we know where this difference in risk perception comes from?

Liu: Some of it could be risk avoidance. If you feel like you can’t do anything, then why even think about it? Also, it could just be because these events don’t happen that often [in the Southeast].

In one of the questions, we asked, “Here is a sample tornado watch you could receive. What would you do?” And a lot of people said, “Well, we would pray.” This is the Bible Belt, so that should not be surprising. But if you have 12 minutes to respond, that’s a concern.

On the other hand, if the natural inclination for a decent proportion of people is to pray, then let’s have the faith-based leaders come in and start providing some education and resources, like at shelters and churches.

Eos: How do you bridge that knowledge gap when people think there’s nothing they can do?

Liu: It’s really in the messaging. If you look at most National Weather Service messaging right now, it’s “tornado watch, take shelter now.” Okay. How do I take shelter? That’s when those broadcast meteorologists, those faith-based leaders, even community leaders within mobile home communities can come in and start providing some educational resources.

A lot of it’s in the pre-event outreach from the National Weather Service and then during an event partnering with other sources. We know that people need multiple sources before they take action. So even if the National Weather Service was able to send out the perfect message, having that amplified with these other trusted sources, people are more likely to take action.

Eos: Were there any specific gaps in tornado knowledge that jumped out at you?

And then tornado mythology or folklore: I can shelter in this part of my house, like a left corner of a basement. Actually, you don’t want to be in a corner. Typically, you want to be in the center. Even if they knew they should shelter in their basement, there was some missed knowledge.

Eos: So what’s the next step?

Liu: [For an upcoming paper] we hung out with Weather Service folks, [and] we just observed how are they communicating severe weather. And they’re doing all these techniques that are not in the academic research. They’re creating, on the fly, their own strategies, which may or may not be working. Future research is to experimentally test these strategies and see if they actually work.

The other key takeaway is we need to work on preparedness as a nation. Americans don’t prepare. If tornadoes don’t matter for them, what are the major hazards that they face? Have they thought about a family disaster plan? These are all things that no one wants to think about. [But] disasters can happen.

So it’s not a bad idea to think about: What could you be doing for your family and your community to make people safer?

by Christopher Crockett (2019, May 15) Earth and Space Science News 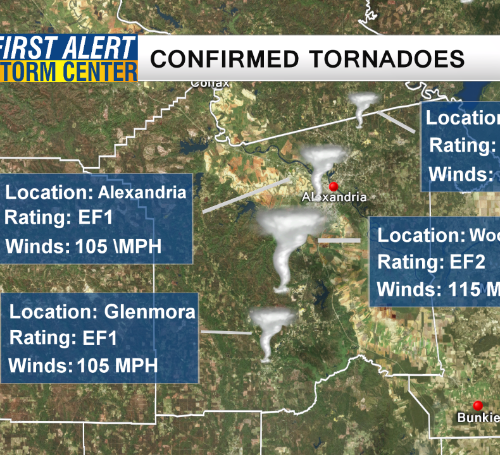