Sims Chapel Holiness Church in Washington County was heavily damaged by a likely tornado Sunday afternoon. A photo sent to us by Karolina Higgins shows the damage.

Five people rode out the storm inside the church, just feet away from where winds destroyed the church’s patio and storage facility.

“It was just a bad roaring,” said Alice Dean.

The church had just let out after the morning services. We spoke with Nicholas, who didn’t want to give his last name, who was with his family still at the church.

“My aunt, she has cerebral palsy, it’s hard to get her in and out, so we stayed over here. We couldn’t really rush over here if something happened,” said Nicholas.

They took cover in the hallway.

“We heard the glass doors at the front of the church slam open as it moved through. So we got down in the hallway and that’s when the wooden door right there in the hallway slammed open,” said Nicholas.

They were terrified as the storm passed over.

“I thought the hallway was going to collapse and we were going to die. But we didn’t,” said Nicholas. He continued, “it was like 20 seconds, we got up and looked outside and all of this damage happened.”

The church is where many in Sims Chapel take shelter during severe weather. Alice Dean lives across the street and says she didn’t have time to go there for shelter.

“I just got in the bathroom, got down on top of them and went to praying,” said Dean.

They were all relieved they made it through safely.

“We were blessed to be alive because it destroyed the whole roof,” said Nicholas.

Despite the damage done, no one was injured. The church says they will rebuild, they already held services Sunday night.

News 5 viewers also sent us photos of trees down in Washington County. Sheriff Stringer says there were reports of downed power lines in Chatom. 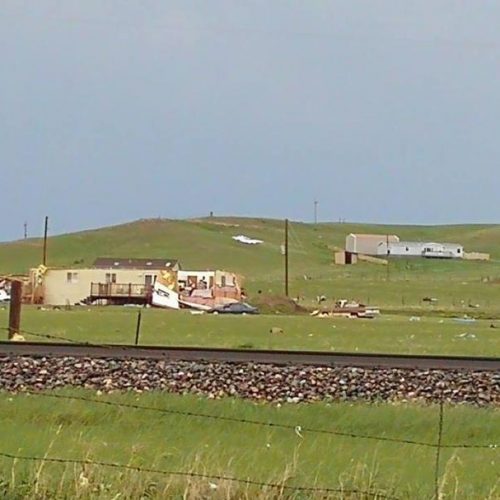 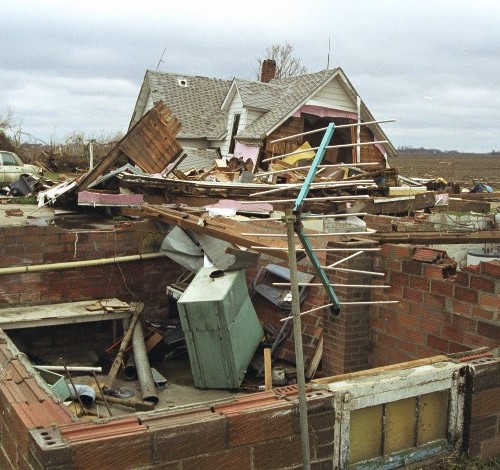 No injuries reported after tornado touches down in east Harr...