Property owners have been clearing away debris and making repairs on buildings damaged by what’s been described as a tornado in the Nebraska Panhandle.

The twister was reported around 5:20 p.m. Thursday near Broadwater. The National Weather Service says people and emergency personnel have reported power lines and trees down and outbuildings and roofs damaged. No injuries have been reported.

Straight-line winds also are suspected of blowing over a semitrailer in Alden.

Another tornado was reported around 9 p.m. about 7 miles north of Wallace. Egg-size hail was reported near Ogallala and Lewellen.

Clay Center residents woke Friday morning to see storm damage that had been caused by wind and hail, including a large tree knocked over at one home. 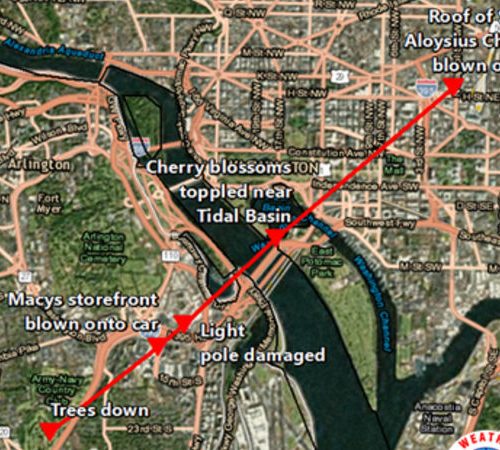 Arlington Tornado Struck the Pentagon, Followed I-395 Into D...