With the sirens still blaring, Nashvillians started tweeting at the mayor.

“How do we get our tornado siren system updated so that it’s safer for everybody?” tweeted East Nashvillian Christy Nicholson, adding that countywide alerts “are confusing and encourage complacency.”

“Dear Metro Nashville,” tweeted a Nashvillian named Jenna. “For the love of all that’s holy. Could you PLEASE do something about sirens sounding in a part of the county that has NO THREAT.”

“Mayor Barry and our office will be comprehensively reviewing our current storm warning siren system to determine if adjustments can be made in a cost-effective manner while still encouraging resident safety.”

A day later, on Nov. 21, Metro’s Office of Emergency Management sent out a press release explaining why they’d turned on the sirens when and where they did (and why the sirens hadn’t gone off later in Joelton when there was tornadic activity there). In particular, the OEM addressed the use of countywide warnings.

“We activate all of Davidson County sirens because of the irregular movement of tornadoes,” they wrote. “We want everyone on alert in Davidson County.”

But the effect is often the opposite. Nashvillians have become accustomed to the idea that a tornado siren doesn’t mean there’s a twister coming down their street, and by many accounts, locals have learned to ignore them. In a blog post following the recent storm warnings, Nashville’s foremost Tweeteorologist, David Drobny of Nashville Severe Weather (aka the indubitable @NashSevereWx on Twitter), summed up the problem nicely.

“I’ve lost count how many times I’ve ranted about how the NWS issues warnings based on a polygon system and Nashville activates its sirens on a county-based system,” he wrote. “They’re two members of a band reading off different sheets of music, and the song sounds terrible.”

Indeed, this isn’t the first time Drobny has explained why Nashville’s warning system is bad. In a 2015 blog post, he explained the situation in detail. In 2007, the National Weather Service abandoned county-based warnings, replacing them with a system that issues more targeted warnings to people in the actual path — a polygon-shaped range — of a storm. Davidson County’s warning system, however, continued to operate on a countywide basis.

“The sirens in Davidson County are not owned or controlled by the National Weather Service,” Drobny wrote. “Local government owns, operates, and decides whether and when to sound them.”

“Look, I get it,” he continued. “Our warning system is not perfect. Radar can’t detect everything. There is a false alarm problem that’s a byproduct of the science still trying to catch up. But can we at least ask our government to get its act together to give us the same message?”

An effort toward that end might be currently underway. Erik Cole, chief of Metro’s Office of Resilience, tells the Scene that the Barry administration has “asked OEM to substantiate what they feel the safest policy overall is and, further, what the options are (and related costs) for any system changes.”

“In addition,” Cole adds in an email, “they have offered to review the plans of adjacent counties/localities and report back to us their findings. Finally, we are reaching out to our 100 Resilient Cities network to determine a cross section of best practices from other U.S. cities.”

Krissy Hurley, a warning-coordination meteorologist with the National Weather Service’s Nashville office, reiterates that the warning sirens are controlled by Metro and that the NWS moved away from the county-based warning system years ago. But she also notes that new technology allows the NWS to issue more targeted warnings directly to people with smartphones.

That technology only came about in April 2012, following devastating tornadoes around the country the previous year. The Federal Communications Commission, Hurley says, has indicated a desire to make those warnings even more specific, so the warnings are based on the location of one’s specific cellphone, and not just the tower. That, of course, doesn’t help Nashvillians who don’t have access to a smartphone.

But for those who do, for the time being, staying tuned to the small screen — whether by scrolling through Twitter or waiting for alert notifications — is the way to stay informed when the skies get dark. 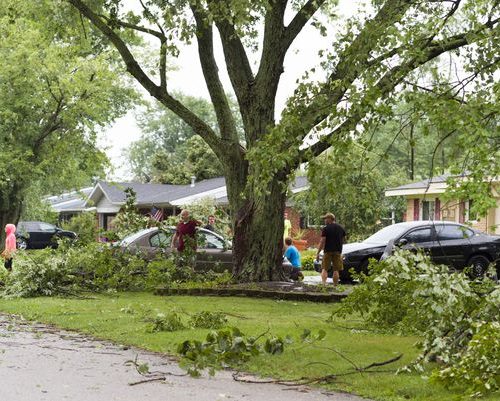 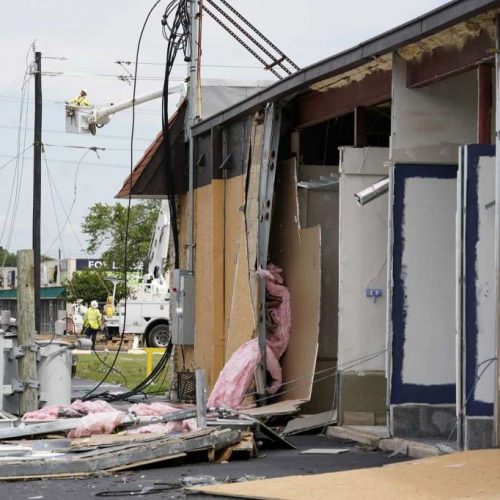