LAURENS — Where one house might have been devastated by the wind, a few doors down houses were undisturbed — it was clear a tornado had touched down in Laurens County, said Joey Avery, director of the county’s Emergency Management Agency.

The tornado touched down about 4:10 p.m. Sunday near U.S. Highway 221 and S.C. Highway 72. National Weather Service surveyors determined Monday that the tornado was an EF2 on the Enhanced Fujita scale. It had a 38-mile path with maximum estimated winds of 115-120 mph.

“There was a great deal of EF0 and a lot of EF1 damage in both Laurens and Spartanburg counties as evidenced by large trees being snapped, damage to roofs and the exterior of buildings, and the destruction of small outbuildings,” the weather agency said in a statement, adding that “convergent and overlapping damage paths at multiple locations confirms that damage was caused by a tornado.”

Plastic toys and a pink stroller were nearly buried under debris from a torn-apart mobile home after the storm put people out of their residences at the Laurens County mobile home park. The National Weather Service said the damage at the park justified the EF2 rating.

Red Cross officials estimate 20-25 homes and 30-50 people were affected by storm damage in the Upstate. At the mobile home park nestled between Curry Road and Rocky Springs Church Road in Laurens County, those put out of their home were trying to pick up the pieces.

Residents forced out of the area had come back to gather their belongings, and Red Cross volunteers were handing out packs of water bottles and packaged foods. Debris from a destroyed trailer was strewn across a field, with only the foundation and a wooden porch left behind.

Avery said 15 people were evacuated from the mobile home park Sunday night. Two families from the area were put up in temporary housing, he said, while others were able to stay with relatives.

“A lot of people went home with family members, and that’s what we want to see,” he said. “That they’re with someone they know, and they’re comfortable in an area they recognize.”

Duke Energy workers were trying to restore power to the area Monday morning, while Avery and others assessed the damage.

Laurens Academy, on S.C. Highway 49, was closed Monday after the storm damaged the school’s recreational facilities and other parts of the campus.

The school had no interior damage, said Joani Stribling, who works in marketing and development at the school. About five staff members were at the school Monday to clear fallen trees and make the campus safe for students to return Tuesday.

“We’re planning to have school tomorrow,” she said. “We feel like it will be safe enough to have students on campus.”

Volunteers were helping staff clear fallen trees that landed on the playground set, and she said staff have some time to fix the athletics field. The school doesn’t have a home game until Oct. 19, she said, so staff can prioritize on other fixes for now. 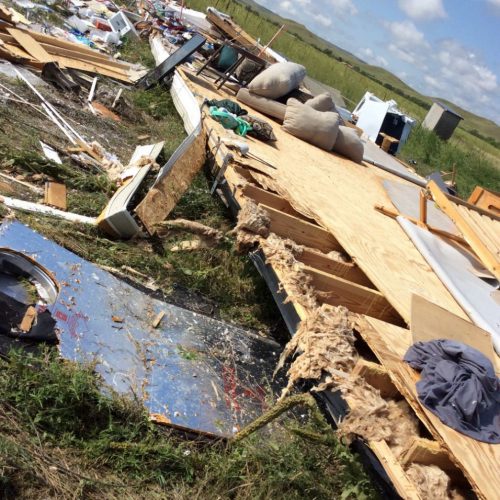 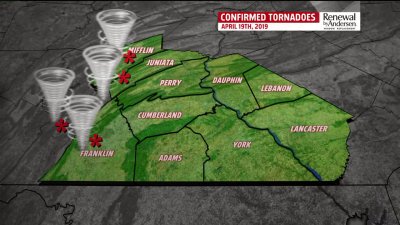