LEE COUNTY, Fla. – The National Weather Service has confirmed that a tornado is responsible for damage in the Iona-McGregor area Thursday morning.

NWS says the twister moved from the south part of Pine Island to Lakes Regional Park at 10:40 a.m.

It destroyed a mobile home at Iona Gardens, causing it to completely collapse. NBC2 spoke to the residents inside who were shaken up.

Two men are somehow OK after their mobile home was destroyed and collapsed one one of them in the tornado.

The whirlwind of a morning left Troy Morrissey and Eddie Lenz homeless.

“The whole thing lasted like 15 seconds,” Morrissey said. “It was a little breezy at first then all of a sudden palm fronds started flying and I hollered, ‘Eddie, let’s get out of here.'”

The two friends say they were sitting under their carport when a storm rolled through with rain and wind intensifying quickly.

“As soon as I got to the door, I heard a crash, big loud noise, and I turn around and look and the whole roof fell down,” Lenz said. “The whole roof was on top of [Troy].”

“I was just stunned. I think I just knew I had to get out of there before the rest of it came down,” Morrisey said.

Moments later, neighbors came out and started to talk about what had just happened, but little did they know what they would find.

“You always see it happen to somebody else. You never think it’s going to happen to you.”

Both Lenz and Morrisey watched from afar and contemplated their next move as crews inspected what was left of their home.

“Just knowing everything is gone. We’ll see what we can salvage and just kind of move forward, I guess.”

Troy came out with a scratch on his head but says he’s fine otherwise.

Crews will be coming out to inspect the home and have the final say on its future.

Additionally, the tornado lifted trees and caused damage to carports, leaving behind a mangled mess of metal.

Crews are out in full force repairing power lines and cleaning up miscellaneous items that were picked up by the strong winds.

The tornado has been classified as an EF-0, which means winds are typically between 65 to 85 miles per hour. 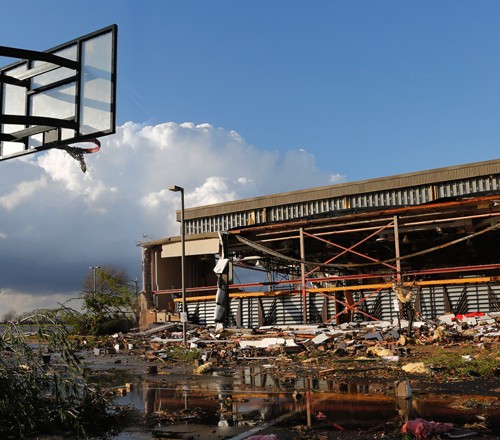 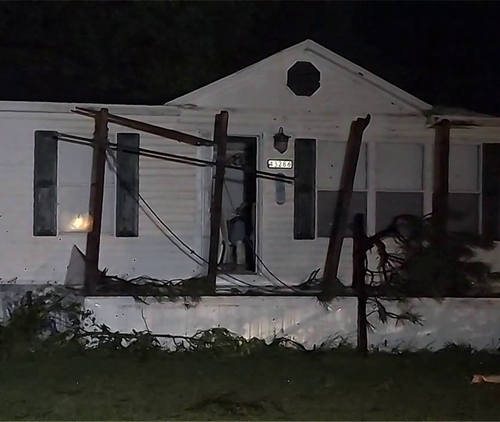 Tornado touches down in Newton County as storms leave damage...