“They broke into the program and said to take shelter,” Popielarz said. “It said northeastern Luzerne County so I figured that meant here.”

Popielarz went straight to the basement of her Chapel Road home.

“It was just roaring like a jet engine,” Popielarz said. “I had never heard anything like it. I could hear things crashing.”

Popielarz stayed in her basement for several minutes, until the roar subsided.

When she emerged from her home she saw trees, poles and wires down all over the neighborhood, including a limb across her car, she said.

The roof of her neighbor’s house across the street was gone.

Luckily no one was hurt.

“We all called to each other to make sure everyone was OK,” Popielarz said, as she walked up Chapel Road hoping to get back into her home near dusk Saturday.

Popielarz did not look outside her basement as the storm raged so she could not confirm reports of a funnel cloud that was reportedly seen in the area just before trees started to topple. She said she heard people speak of the storm as a possible “small” tornado.

“If this was a small one I would hate to see what a big one is like,” she said.

So many live electrical wires blew down that some people were trapped in their homes for hours for safety reasons, Elmore said. By Saturday evening, a PPL Electric Utilities crew had cut power to the downed lines so the trapped residents could leave their homes safely, he said.

About 30 homes in the area were damaged, six of them seriously, Elmore said.

Elmore credited the emergency responders who worked for hours at the scene Saturday, under the command of the Pittston Township Fire Department, with doing a superb job of preventing any potential injuries.

Residents of the area expressed one main thought as they processed what happened, according to Elmore.

“They were relieved to be alive,” he said.

The National Weather Service will visit the hard-hit portion of Pittston Township today to do a damage assessment and determine if a tornado touched down there Saturday, Elmore said.

Hundreds of PPL customers were without power in scattered locations throughout Luzerne and Lackawanna counties. Power should be restored to all customers by today, according to PPL. 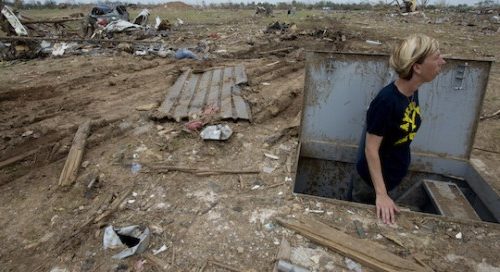 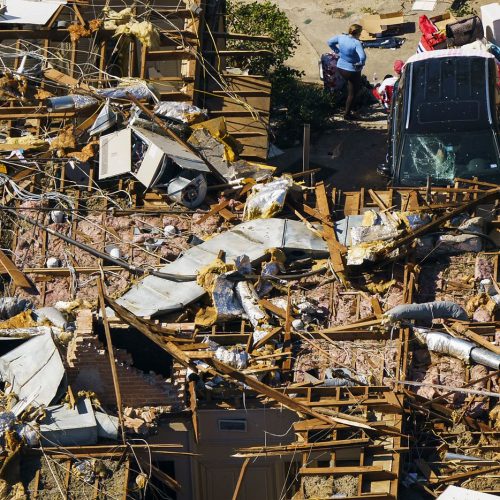 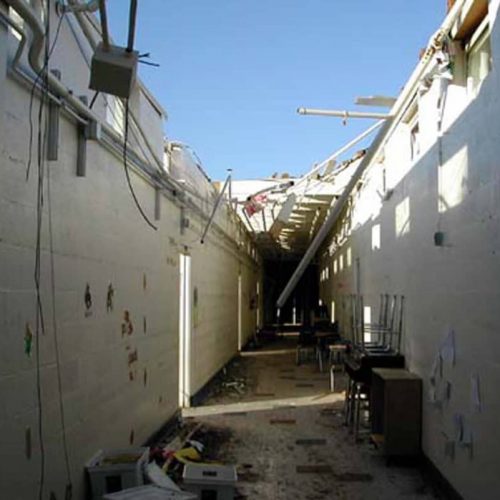 Remembering the tornado outbreak of 2002