The same tornado that destroyed homes on Long Plain First Nation was the same one that touched down on a nearby Hutterite Colony.

The “exceptional” storm left a 10-20 kilometre-wide swath of straight-line wind damage over the region, in addition to the nine kilometre-long line of damage caused by the tornado.

Winds up to 140 kilometres per hour were reported in some areas.

The tornado, which lasted 15 minutes, touched down around 6:55 p.m. in Long Plain First Nation.

Moving 30-50 km/h, it tore one house off its foundation and the roof off another house. It also snapped power lines, uprooted trees, and flipped a truck over on its side and a small RV onto its roof.

Moving east, it leapt over the Assiniboine River and landed in the southern part of the New Rosedale Hutterite Colony, where it crushed grain bins and destroyed other buildings.

The tornado scattered debris over nearby farm fields, finally lifting near Highway 240 around 7:10 p.m.

By: CTV Winnipeg July 23, 2016 9:39AM CST
Photo: By CTV Winnipeg “The same tornado that destroyed homes on Long Plain First Nation was the same one that touched down on a nearby Hutterite Colony.” 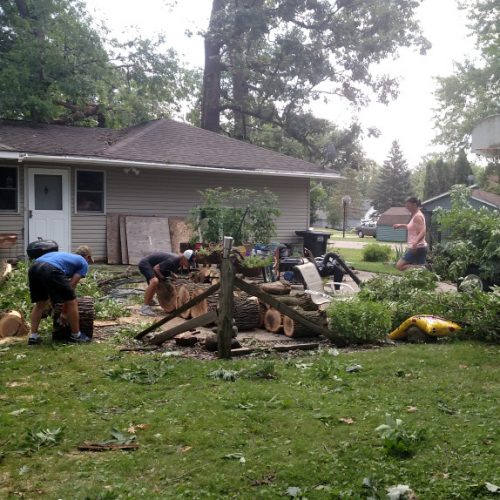 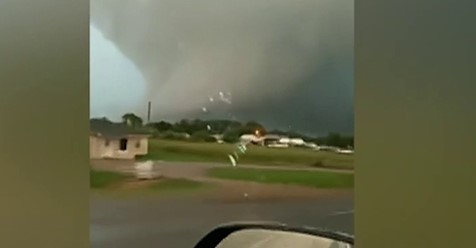 Tornado in Louisiana that threw mobile home into road, kille... 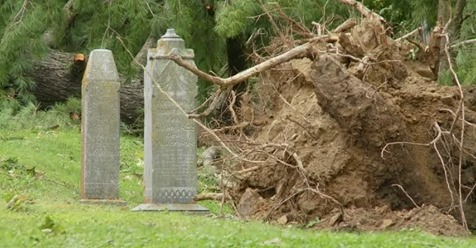