Never mind toasters, blenders and slow cookers. Joplin, Missouri, tornado survivors Kayla and Ricky Smith had a more practical request for a wedding gift — shelter from the next big storm.

The Smiths were on the leading edge of an odd trend in Tornado Alley: Engaged couples using bridal registries or word of mouth to request donations so they can purchase safe rooms, which are strong, pre-fabricated shelters typically installed in houses or garages.

Several tornadoes have ravaged the Midwest and South in recent years. A month before the May 22, 2011, tornado in Joplin, which killed 161 people and destroyed 7,000 homes, hundreds died in a series of deadly tornadoes in the South. And a tornado in Moore, Oklahoma, in 2013 killed 24.

The devastation raised awareness about the need for safety in homes that don’t have basements. Safe room sales skyrocketed, aided in part by the availability of Federal Emergency Management Agency grant and rebate programs that help pay for them in some states.

The pre-fabricated rooms feature thick steel walls and doors that can withstand winds up to 250 mph. They are windowless with no light fixtures or electricity. Most are small and built in a garage or closet. Safe rooms typically cost $3,000 to $7,000, depending on the size. A few are buried in the yard like shelters of years past.

The Smiths weren’t yet married when the tornado came through Joplin. Kayla was with her parents in a car that was spun off the road into a yard. Ricky took shelter in his apartment stairwell. When he emerged, the building was gone. All were relatively unscathed.

As their wedding approached in 2013, they asked for safe room donations as wedding gifts, eventually building a $5,200 safe room in their garage. “It was really just our main necessity, something to keep us safe,” Kayla Smith, 29, said.

Sometimes, relatives of the newlyweds buy the rooms to make sure the young couple is safe out on their own, according to John Hunter, co-owner of Atlas Safe Rooms in Joplin.

“I know of a guy who asked a father to marry the daughter, and the father said, ‘Not unless you have a safe room,'” Hunter said.

Kitchen gadgets, bedding supplies and home decorations are still the most popular items on bridal registries. But those lists increasingly have their quirks, said Kristen Maxwell Cooper, executive editor of The Knot, a leading wedding website.

“It doesn’t surprise me that this is something couples would be doing,” Cooper said of safe rooms. “We’re seeing that couples are getting married a little later in life and more times than not they’re living together. They already have the things you would traditionally register for.”

Even with advancements in storm forecasting that often provide plenty of warning for impending tornadoes, some people simply have no place to go.

Before they wed in October 2013, Blake and Amanda Dills put a request for safe room donations on their Knot bridal registry. Blake Dills already had a house in Oklahoma City, but it didn’t have a basement.

“That was the one thing my family was a bit concerned about,” Amanda Dills, 35, said. “We ended up pretty much getting the whole thing paid for.”

Their safe room cost more than $3,000. It holds up to eight, though she described its shape “like a phone booth on its side.”

Joplin has been spared another tornado, but there have been plenty of severe storms. Kayla Smith said their safe room is big enough that they’ve been able to squeeze in the neighbors, their kids, and both families’ pets.

The Dills have yet to take shelter in their safe room, and they’re OK with that.

“My husband says it’s the one wedding gift we really hope we never have to use,” Amanda Dills said.

Picture:In this Thursday, May 26, 2016, photo provided by Jason T. Williams, Ricky and Kayla Smith and their 2-year-old daughter Kailee pose in front of the tornado safe room built in their garage in Joplin, Mo., shortly after they got married in 2013. The couple was able to pay for the safe room with wedding gift donations. A trend in tornado-prone areas of the Midwest and South are for engaged couples to use their wedding registries and word of mouth to seek safe room donations instead of the typical gifts such as kitchen appliances or other household goods. (Jason T. Williams via AP) 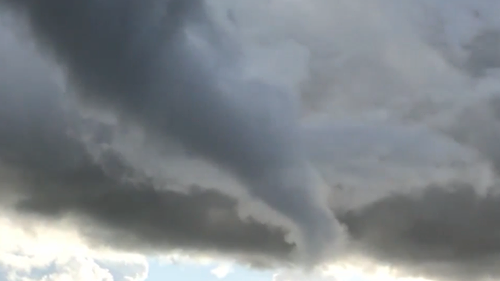 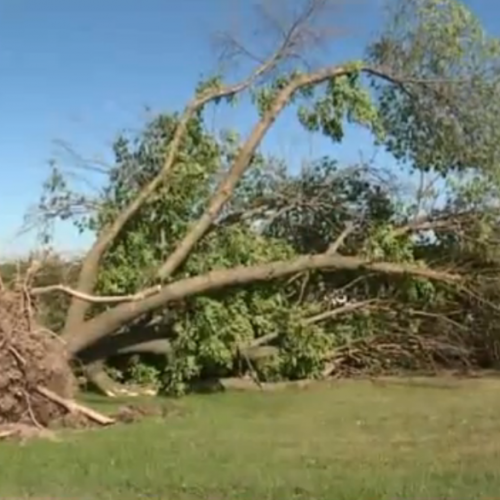 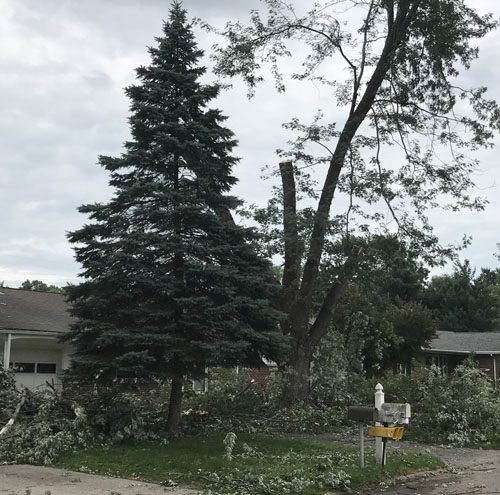