“An NWS survey of the west side of Canyon Lake found sporadic tree damage, along with two power poles snapped and approximately one-quarter of a single-family residence torn off,” the agency said in a public information statement at 3:41 p.m. Tuesday.

It said the twister traveled about a half-mile and cut a path 250 yards wide as it traveled along and near Canyon Lake Drive and Rimrock Pass.

“We had a broken line of storms that began making their way into the county around 12:30 a.m. and exited Comal County about an hour and a half later,” Williams said. “The tornado brought no injuries, thankfully.”

Williams said the event began at 1:04 a.m., 1 minute before the NWS issued a tornado warning for Comal County and the New Braunfels area that sent residents scrambling for cover. The event ended at 1:06 a.m.

“The residents there said within 3 to 5 minutes after receiving the warning, they began sustaining damage to their homes,” Canyon Lake Fire and EMS Chief Darren Brinkkoeter said. “They said they went to their basements or lowest floors — and can’t commend them enough to adhere to warnings they mostly received on their mobile phones. The sounds were so loud, they were alerted to something imminent.”

Brinkkoeter toured the area Tuesday morning with NWS investigators out to see if the damage was caused by a tornado or straight-line winds. He estimated the storm damaged between 20 and 25 homes.

“When we arrived there were trees that were down and power lines arcing,” he said. “There were trees in the roadway that had to be cut and removed to get through. There was a phone pole snapped in half with live electrical wires on the ground.

“We secured the area and told people to stay in the homes because of the arcing lines that were near puddles of water on the ground.”

Brinkkoeter said workers from Pedernales Electric Cooperative and Guadalupe Valley Telephone Cooperative arrived on the scene to cut power and start repairs to poles and lines damaged by the storm.

“There were damages that literally ripped the lines going into some of those homes, which still do not have power (Tuesday afternoon),” Brinkkoeter said.

“We also had multiple severe thunderstorms along the Interstate 35 corridor that stretched from Williamson County and eventually into Uvalde and Medina counties,” he said, adding hail 3 inches in diameter was reported north of Leakey, and Burnet County northwest of Marble Falls.

Most of Comal County went unscathed.

“Due to the strong winds, we responded to several alarm calls,” said Jennifer Smith, public information officer with the Comal County Sheriff’s Office. “Some people had their trees knocked down and damages to their homes and vehicles from the strong winds and hail. Thankfully, no major injuries were reported.”

Williams said only 0.25 inches of rain fell at the New Braunfels airport between midnight and 3 a.m., with the highest wind gusts clocked at 26 mph just before 2 a.m. However, the city of New Braunfels was spared, as city and New Braunfels Utilities officials reported no storm-related damages. 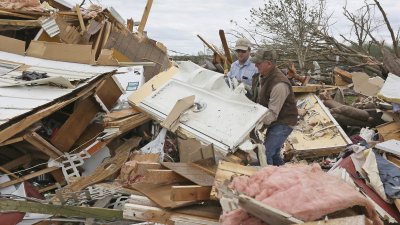 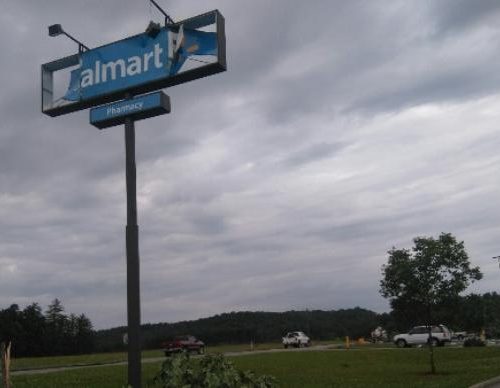 Walmart closed in Louisa after tornado; repairs could take 6... 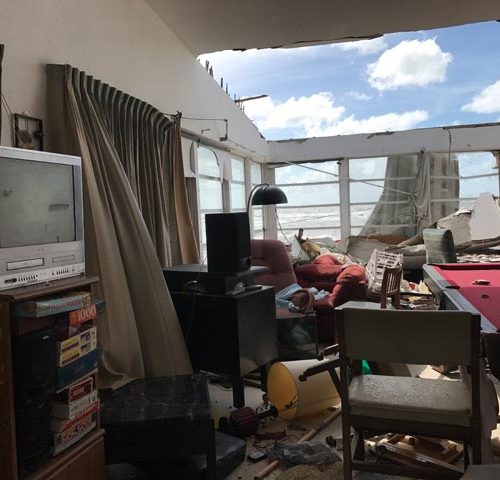 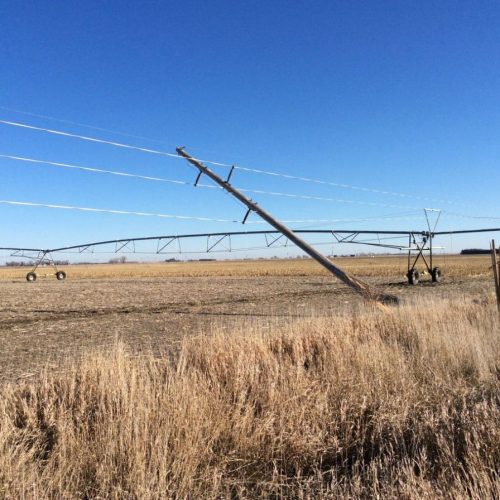