Four tornadoes touched down in Iowa during the Aug. 10 derecho, according to the National Weather Service in Des Moines.

Three of the four tornadoes touched down in Marshall County, according to the NWS. The most severe tornado was northwest of Marshalltown and had winds of 100 mph. The EF-1 tornado was on the ground for three minutes and traveled 2.88 miles.

It damaged crops and trees. Some houses had minor damage, but damage from this tornado was mostly superficial, according to the NWS.

Wind speeds for the remaining tornadoes could not be determined. Researchers used high-resolution satellite imagery to confirm the tornadoes.

A fourth tornado southeast of Gladbrook in Tama County was on the ground for 1.48 miles.

Marshalltown was hit hard by a 2018 tornado that damaged the Marshall County Courthouse and downtown buildings. The city sustained damage from the derecho, but was mostly spared the worse effects of the Aug. 10 storm, residents said. Nearby Tama also sustained severe damage to trees, crops and other infrastructure.

The derecho knocked out power for almost 500,000 Iowans and brought straight-line wind speeds of more than 100 mph to Marshalltown and parts of northeast Iowa. Power outages lasted for weeks in some parts of the state, and Cedar Rapids lost almost half its tree canopy, according to the Gazette.

To be classified as a derecho, a storm must travel at least 250 miles and have wind gusts of at least 58 mph along most of its path. The storm that devastated Iowa started in South Dakota and ended in Ohio, traveling 770 miles over 14 hours. 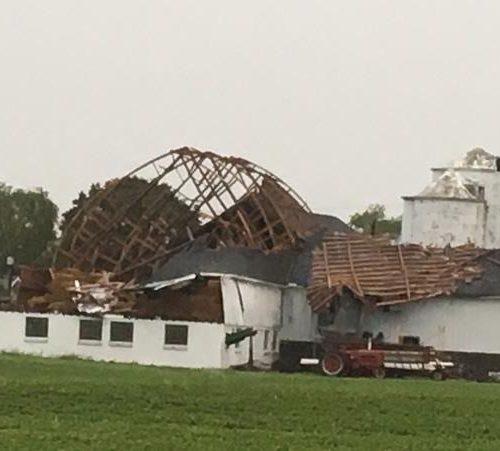 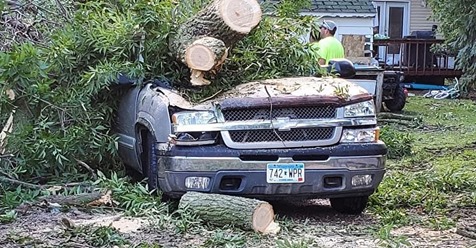