JEFFERSON COUNTY — The National Weather Service said a storm that blew through Jefferson County at 9:42 p.m. on Tuesday, Oct. 1 was an EF-1 rated tornado with maximum sustained winds of about 100 miles per hour.

The starting point of the storm was noted as near the intersection of Rome Road and Froelich Road — with an endpoint near Highway 83 between Highways E and D.

The storm was too close for comfort for one Sullivan family.

“The house started rocking, and sounded like everybody says, like a freight train,” said Ray McKnight, homeowner.

When they heard the warning siren, McKnight and his wife went right to the basement of their home.

“My dog is 14 and has a little trouble getting around,” McKnight said. “So we were helping him down the stairs — and that’s when it hit.”

“Your ears just start popping,” McKnight said. “I mean, it felt like a vacuum on each ear. I could feel eye pressure and sinus pressure.”
The twister skipped across Highway F to a cornfield — leaving a distinct path.

“By the time we turned the stairway and got down into the basement, it was over,” McKnight said.

Damage from the storm stretched throughout Jefferson County — where cleanup efforts were underway Wednesday.

Trees came down on several houses and cars, but there were no injuries reported from this powerful storm.

“It will be a long day, because everybody wants to get this done as quickly as possible,” said Kevin Prill of Beaver Tree Service. 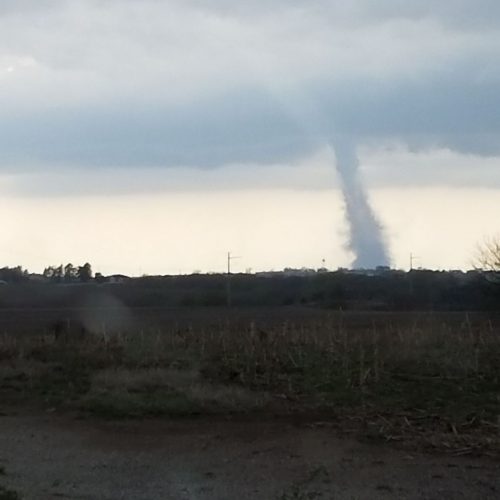 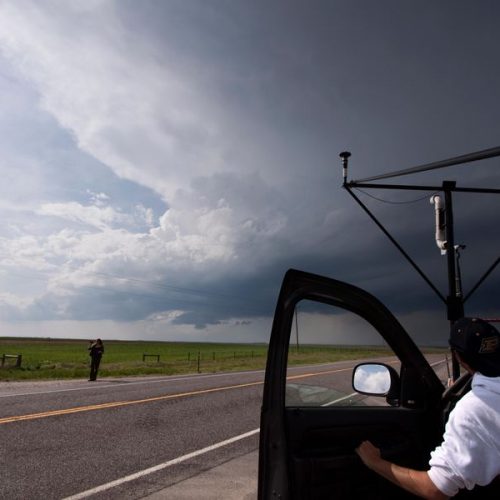 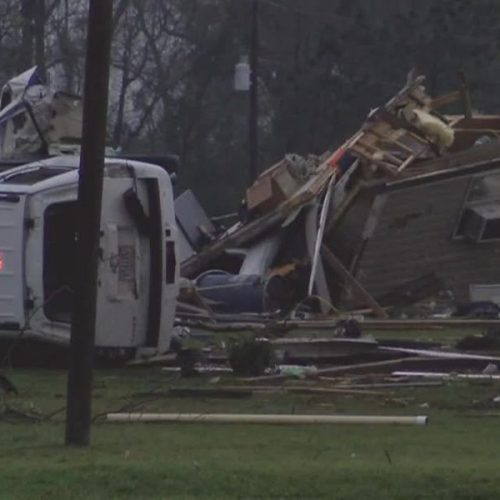