BEECH GROVE — In the wake of a tornado that touched down on Beech Grove Saturday and severely damaged multiple structures, Jeremiah Kolubah is glad he and his family are safe.

But now he has to figure out what to do next, he said Sunday while waiting at a Red Cross relief shelter at the Oak Community Center on Hornet Avenue.

Kolubah, his wife and their two children live at the Beech Meadow Apartment complex across the street from Beech Grove High School and were home Saturday when “the weather got very scary.”

Kolubah said he has never been through anything like Saturday’s storms.

When he saw the sky changing colors and heard the wind growing more powerful, he took his family into their small apartment bathroom, where they all laid on the floor together.

“We all just stayed down until it seemed calm again,” he said.

When they emerged from the bathroom, their roof had been torn off, and rain was falling into their apartment.

His family is one of several affected by six tornadoes Saturday that touched down south of Indianapolis.

Kolubah said he doesn’t know how long they’ll have to remain at the shelter. They are waiting for more information about how long it will take to repair their damaged home.

“We couldn’t stay there,” he said. “It was too dangerous.”“I am happy we’re all safe, that was very important,” he said. “Now we just have to figure out what to do next.”

The damage in Beech Grove

NWS meteorologist Joseph Nield said a preliminary investigation indicates that the Beech Grove tornado was an EF-1 level storm, the weakest on the tornado scale, that was 200 yards wide with 100 mph winds.

Multiple trees were down Sunday and uprooted completely.

The high school tennis courts were damaged, the scoreboard at the high school football field was down, and the sign from the Taco Bell on Emerson Avenue ended up in the lawn of an apartment building.

Portable toilets were seen blown from street to street and, at the Beech Meadow apartment complex, three buildings had damage to the roofs and units.

Beech Grove Mayor Dennis Buckley said 911 calls started coming in at 7:45 p.m. about damage and people in need of help.

Buckley said 24 families were displaced from apartments, and all but one family has found a place to stay.

“Nobody was hurt and everyone is accounted for,” Buckley said. “You can’t do anything about it — the storm is going to take its course. You have to respect it. And then we all come out and we clean it up. And that’s exactly what we’re doing.”

Several Beech Grove residents told IndyStar they didn’t hear emergency sirens go off until after the damage was done.

Donna Jordan and Mike Ehrenberg, who also live at the Beech Meadow apartments, said they were watching weather updates on TV Saturday when the wind picked up “out of nowhere.”

“And all of sudden, the trees outside all went erratic,” Ehrenberg said.

“Right as I got my shoes on and we were heading down, there was this giant boom,” Jordan said.

Trees outside were bending horizontally and the rain was coming down so hard at one point that “you couldn’t see a thing out the window.”

Ten minutes later, when things seemed to calm down, they heard the emergency sirens for the first time that night, they said.

When they went back into their apartment, there was insulation everywhere, and shortly after, the ceiling started to cave in.

“I looked up and and there was the sky,” Ehrenberg said. “I knew we were going to have to leave here for a little while.

He and Jordan are temporarily taking refuge at his dad’s house nearby, and the apartment building told them that 10 empty units could be opening up for affected residents to transfer into.

How to get help

Judy Brown of the Indiana Region of the American Red Cross said the Beech Grove shelter opened around 10:30 p.m. Saturday. It is offering cots, blankets, hot food, meals, snacks and comfort kits to all visitors until further notice.

“The community has really been coming together … lots of community donations and volunteering so far,” Brown said. “Everyone affected by the storm should come and eat with us and get any assistance they need.”

Those affected by the storms are encouraged to contact the Indiana Region of the American Red Cross 888-684-1441 or visit redcross.org/indiana.

Much of Central Indiana remains under a flood warning until 6 p.m. Sunday. According to a NWS statement issued Sunday morning, rainfall totals of between 4 and 5 inches have been reported in the area. 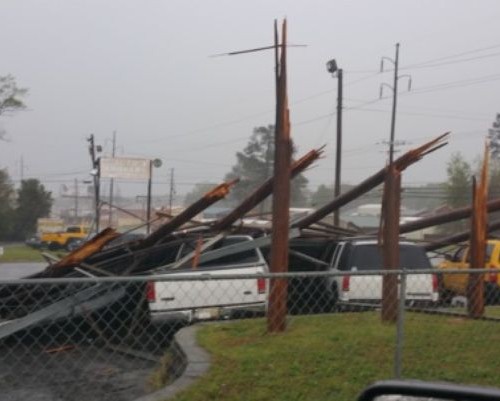 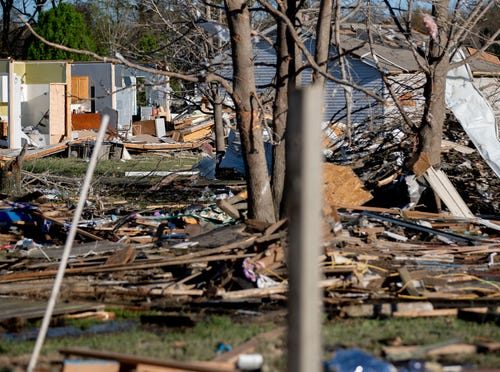 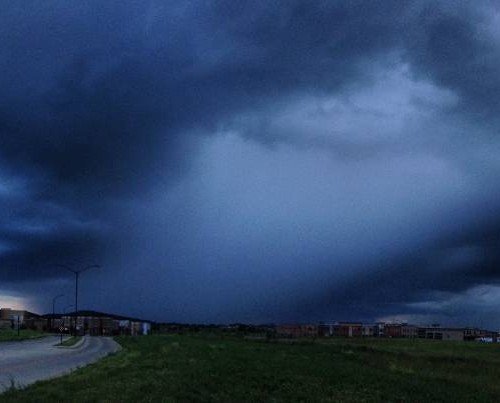