ADAIR, Ia. — One woman was killed and a man injured in a confirmed tornado early Wednesday just south of Adair near the Adair and Guthrie county border, officials said.

The National Weather Service said the twister was EF2 strength on the Enhanced Fujita scale. That category of storm has peak winds of at least 111 mph. The path on the ground was 4.8 miles long; the peak width was 150 yards.

That’s the strongest tornado in Iowa since last year’s July outbreak, when an EF3 tornado hit downtown Marshalltown and an EF2 twister touched down in Bondurant. Those were the only tornadoes of greater than EF1 intensity in Iowa in 2018.

A severe thunderstorm warning was issued for the Adair County storm Wednesday, but there was no tornado warning.

Officials received a call just before 2 a.m. of a semi that had blown off Interstate Highway 80 and into cable barriers, Adair County Sheriff Jeff Vandewater said. About 15 minutes later they also received a call from a neighbor of possible injuries at a nearby farmstead.

First responders found Linda Brownlee, 74, deceased at the scene. A 78-year-old man, Harold Brownlee, was flown to a Des Moines hospital with serious injuries, according to the sheriff’s office.

Robert Kempf, the emergency management coordinator for Adair and Guthrie counties, said Wednesday morning that the National Weather Service is sending a team to survey the site. The weather service confirmed later Wednesday that it was a tornado.

“The home is right on the top of a hill, so there’s a possibility that it could have been straight-line winds,” Kempf said of the house at 1088 Elk Ave. in Adair County, about half a mile southeast of the Adair city limits.

He said two other homes sustained minor damage, but the farmstead property took the brunt of the loss, with three outbuildings destroyed along with extensive damage to the house.

“The home is pretty well destroyed,” Kempf said. “The roof is off it. Some of the walls are standing and some aren’t.”

Debris from the farmstead was scattered along I-80, which was reopened by daylight hours Wednesday, officials said.

The tornado was part of a violent storm system that blasted through parts of the Midwest and was linked to three deaths while fueling almost 60 tornado reports.

There were 33 reports of tornadoes on Tuesday, most in Missouri and Kansas, the weather service’s Storm Prediction Center reported.

In Missouri, heavy rain was a contributing factor in a car crash near Springfield that killed two people, the Missouri Highway Patrol said. 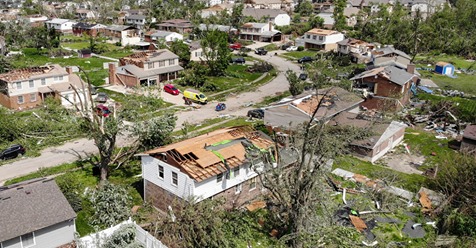 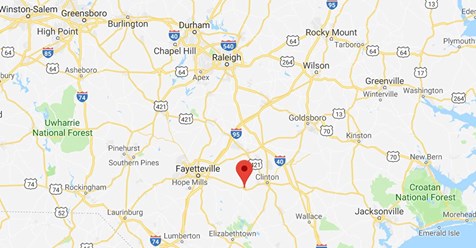 Tornadoes in the wake of Florence twist through N.C. 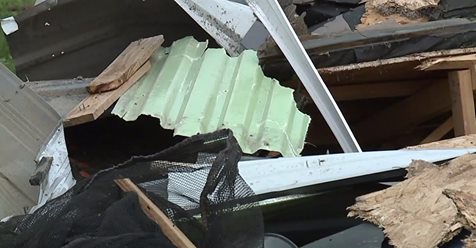