Tornadoes are one of the most feared weather events on Earth. These quick-forming and normally short-lived cyclones tend to emerge from strongly rotating thunderstorms known as supercells. Driven by a long-lasting tower of rising air, these storms can unleash some of the fastest surface winds on Earth. Rising as much as 16.1 kilometers (10 miles) high, supercells can encompass a volume of air up to 25 times the size of Mount Everest. Some have been known to pummel the ground with hailstones the size of grapefruits.

Simply stated, these things are beasts.

Despite their intensity, supercells are relatively small compared to most thunderstorms. Supercells typically are no more than 19.3 kilometers (12 miles) across. That’s why one neighborhood might be ravaged by wind and hail, while the next might escape untouched.

The secret to a supercell’s power is its isolation. These loners don’t share their environment with neighboring storms. That allows them to gobble up all the surrounding air as “fuel.” While most thunderstorms form in a line and feature multiple updrafts — or pockets of rising air — supercells are different. They only have one updraft. But that one is extremely powerful. That’s why supercells are small but feisty.

What truly sets supercells apart is their rotation. The entire storm spins like a top due to wind shear. That’s a change in the speed or direction of winds with height.

In the Northern Hemisphere, spinning up a supercell normally requires moist southerly winds on the ground. This fuels the storm. That storm also needs dry air at mid-level heights. It helps if the dry air comes from the west. That will tend to keep the surface air from rising — until an explosive updraft punctures through this layer.

Finally, the storm needs cold air up high, arriving from the northwest. Air will rise as long as it is less dense — which usually means warmer — than the air around it. The chilly upper atmosphere tops off this highly unstable environment: It allows a growing storm to rise unimpeded. The rotating base of the storm cloud evolves into what scientists call a mesocyclone.

When all of these conditions come together, air can spiral in to the south side of the storm. This then wraps into the vortex of spinning air in a corkscrew motion. The vortex has very powerful suction. Moisture in its air rapidly condenses to form a cloud. This is due to the air pressure: It’s lower inside the spinning air column than outside it. In fact, that’s why tendrils of cloud rising into the soon-to-be-tornado can seem to materialize out of thin air.

When conditions are just right, the rotation may whirl ever more tightly into a narrow tube. This funnel cloud is what can become a tornado. The funnel’s finger-like spinning protrusion often snakes down towards the surface. Only when it reaches the ground does it officially become a tornado.

In particularly dry climates, there may not be much water vapor near the ground. So there’s nothing to condense within the funnel when the tornado reaches the surface. That can make part of the tube invisible! After all, it’s just rotating air. It only becomes visible when its whirling winds hit something or pick up enough dirt. That’s why it’s extremely important to seek shelter whenever a rotating cloud is spotted. You never know what might be lurking below it. An invisible twister may already extend to the surface.

Most supercells that spawn tornadoes also serve up other types of damage. These include straight-line winds of up to 200 kilometers (124 miles) per hour, destructive hail and potentially deadly lightning.

Conditions worsen as one approaches the region of the storm containing the twister. Here the updraft is strongest. This rising air can even spawn the growth of enormous ice chunks that may eventually be pelted out as hailstones baseball-size or larger. Often, sheets of heavy rain wrap tornadoes or blow around the funnel, hiding it from view.

Most supercells form when sun-warmed air rises quickly and high. But there can be other sources of triggering heat, such as volcanoes or fires. The Carr Fire outside Redding, Calif., for instance, created a firenado on July 26, 2018. National Weather Service experts found evidence it had winds in excess of 230 kilometers (143 miles) per hour.

A supercell thunderstorm also formed from a wildfire in the Texas Panhandle that the author witnessed on May 11, 2018.

ATMOSPHERE The envelope of gases surrounding Earth or another planet.

ATMOSPHERIC PRESSURE The pressure exerted by the weight of the atmosphere.

CLOUD (in atmospheric science) A mass of airborne water droplets and ice crystals that travel as a plume, usually high in Earth’s atmosphere. Its movement is driven by winds.

CYCLONE A strong, rotating vortex, usually made of wind. Notable examples include a tornado or hurricane.

ENVIRONMENT The sum of all of the things that exist around some organism or the process and the condition those things create. Environment may refer to the weather and ecosystem in which some animal lives, or, perhaps, the temperature and humidity (or even the placement of things in the vicinity of an item of interest).

EVOLVE (adj. evolving) To change gradually over generations, or a long period of time. In living organisms, such an evolution usually involves random changes to genes that will then be passed along to an individual’s offspring. Nonliving things may also be described as evolving if they change over time. For instance, the miniaturization of computers is sometimes described as these devices evolving to smaller, more complex devices.

MESOCYCLONE A radar term for a rotating mass of air that appears on Doppler radar. It must meet a particular size and duration. The emergence of such storm systems often serve as the trigger for meteorologists to issue a tornado warning.

SPAWN To quickly cause something to come into being. (in biology) To release or fertilize eggs in an aquatic environment.

SUPERCELL (in atmospheric science) A weather system with strong rotating clouds that is fueled by a long-lasting updraft of air. Such systems can generate hail — or even tornadoes.

TORNADO A violently rotating column of air extending from the ground to a thunderstorm above.

UPDRAFT A strong mass of air that rises quickly.

VORTEX (plural: vortices) A swirling whirlpool of some liquid or gas. Tornadoes are vortices, and so are the tornado-like swirls inside a glass of tea that’s been stirred with a spoon. Smoke rings are donut-shaped vortices.

WEATHER Conditions in the atmosphere at a localized place and a particular time. It is usually described in terms of particular features, such as air pressure, humidity, moisture, any precipitation (rain, snow or ice), temperature and wind speed. Weather constitutes the actual conditions that occur at any time and place. It’s different from climate, which is a description of the conditions that tend to occur in some general region during a particular month or season. 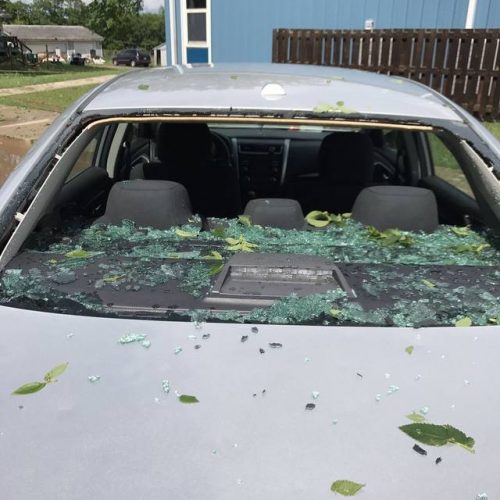 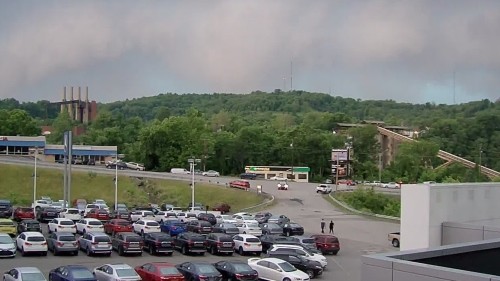 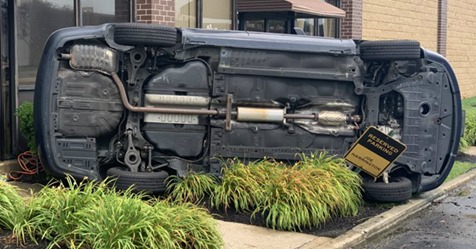