A home in Robertson County near the Tennessee/Kentucky border was about 80 percent damaged Saturday after a tornado “just dropped right down on them,” according to Robertson County Emergency Management Director R.L. Douglas.

At the time the funnel dropped, estimated between 4-5 p.m., Robertson County was under a tornado watch, but no sirens sounded, the director said.

He used it as an example of how seriously tornado watches should be taken.

“Anytime we’re under a watch, we can have a tornado,” he said. There were no injuries reported in Robertson County Saturday evening and no other homes were reported damaged as a result of the storm, Douglas said.

However, just over the state line in Kentucky, there was one fatality in Logan County and a second home had been totally destroyed, he confirmed.

No other details were available about the Kentucky incident late Saturday.

Robertson County remains under a tornado watch as of 8:30 p.m.

A strong storm system continues to march through Middle Tennessee and Douglas expected Robertson County to be under a tornado warning as the night continues.

He said he will be monitoring the weather until at least 2 a.m., when the storms are expected to pass. 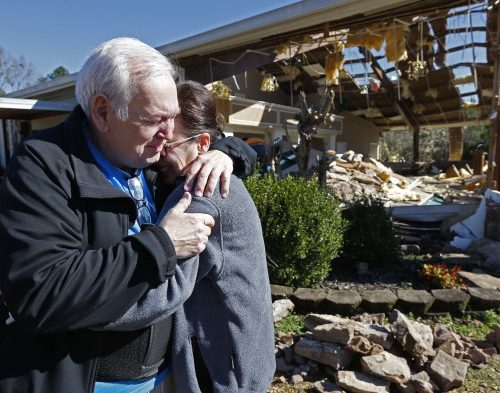 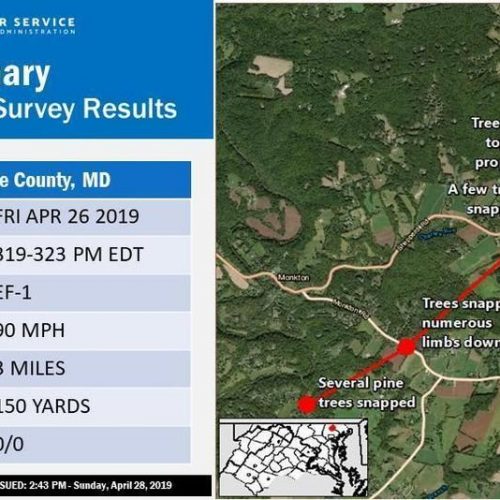 Maryland weather: A tornado touched down in Monkton on Frida...

8 tornadoes ripped through the area during Friday’s st...